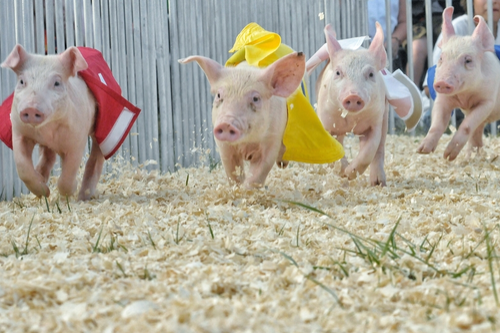 A popular pig race was called off after activists complained it was cruel.

Six breeds including Tamworths, Gloucester Old Spots and Saddlebacks were due to take part at the Cheese and Chili Festival in Winchester, Hants, UK.

But a group called Pigs Don’t Race got 45,000 backers for their petition to ban it.

The pigs have raced four times across the UK and organizers insist no harm is caused.

But Simon Stewart added: “Due to advice about the excessive heat, we have decided to withdraw the event.”

Pork Fat is Good for You, Report Reveals

Neighbours tell vegan: “get some pork on your fork”