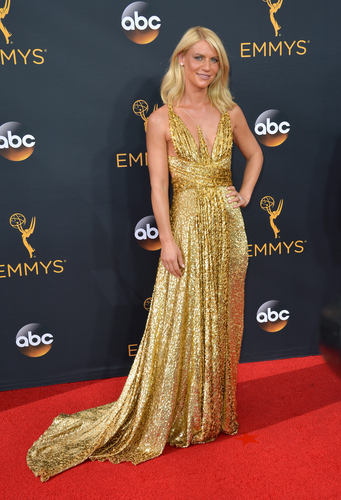 The actress, who plays a government agent in the hit drama series Homeland, was six months pregnant with her second child when activists pounced.

She appeared visibly upset when she was interrupted by an activist who waved a piece of fur in her face.

She was delivering a speech at a pop culture festival in New York when she was targeted.

Danes, 36, remained calm as the female protestor was jostled away by security.

She said afterwards she could not recall wearing fur.

Slap on Wrist for Activist