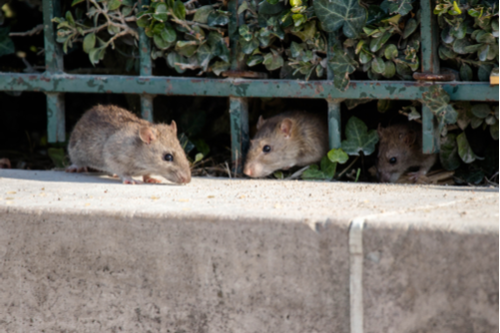 A public relations campaign has been launched in Paris to persuade people to love rats.

The French capital is besieged by four million of the rodents and city authorities are waging a war to clean up the streets. But activists have objected and are running poster campaigns on the metro proclaiming: “Stop the massacre of rats.”

The posters are accompanied by large pictures of cute-looking rats declaring they are “sensitive individuals” who “feel emotions”.

The campaign was launched by Paris Animaux Zoopolis, an animal rights group that aims to defend all animals regardless of whether humans like them or not.

The group’s secretary Philippe Reigné said: “It is a political message which targets the Paris city hall, the prefecture of police, and the exterminators. Rats should not be seen as synonymous with filth.”

He claimed the driving force behind the bid to wipe out the rats is not sanitation and public health but the image of the city as a tourist destination.

The more visible presence of rats over the past couple of years—which has led to shock headlines across the world – is due to flooding and to major infrastructure works that forced many rats to leave their usual haunts and run around streets and parks.

The infestation first came to public attention in late 2016 amid an outcry from Parisians that they could no longer frequent several city parks due to marauding rodents.

The city hall reacted by declaring war on the pests, closing off a string of parks and gardens and laying a host of “environmentally friendly” traps and poisons as well as blocking off sewer entrances.

Vegans Whisper “I Love You” To Cows