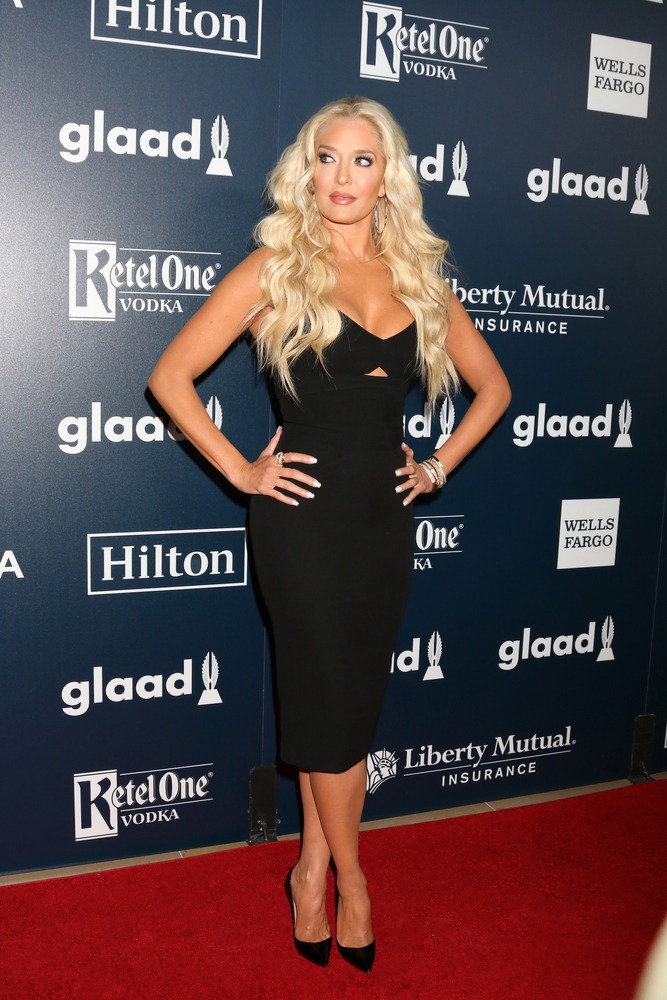 A Real Housewives of Beverly Hills star was “ambushed” by animal rights activists for wearing fur.

Erika Girardi, 46, who was suddenly surrounded at a book signing. A group of vegan activists from animal rights organization Their Turn staged a 30-second protest chanting: “Shame on you for supporting the violent fur industry” and “Erika Jayne has blood on her hands.”

They pounced while the star of the TV show was signing copies of her memoir, Pretty Mess at a store in Ridgewood, New Jersey. But Erika remained calm and unmoved by the jostling around her and continued to talk to her fans as the protesters were moved on.

They later posted a video of the protest on YouTube and other social media channels in a bid win public support.

The video urged Erika to “show some compassion” and “stop wearing fur”.

They said the protest was invasive and scary.

One Twitter user said:  “Damn, @erikajayne handled those crazy PETA people with such a cool demeanor, it made me fall in love with her all over again.”

Erika has not publicly commented on the situation, but she did like a tweet from a fan, which praised her for how she handled the protest.