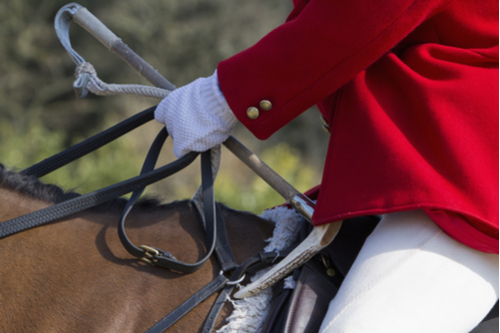 TRADITIONAL Boxing Day hunts exploded into violence with running battles in some of Britain’s market towns. Police were forced to intervene as placard-waving animal rights protesters clashed with riders and their supporters.

On the busiest day of the hunting calendar, panicking horses narrowly missed trampling spectators after becoming scared by the anti-hunt protests. Trouble marred many of the annual post-Christmas outings.

In Bassaleg, near Newport, South Wales, rivals shoved and kicked each other as the Tredegar Farmers’ Hunt rode through town. Terrified onlookers tried to back away from the trouble as frightened horses sidestepped in their direction with hounds at their heels.

In Lewes, East Sussex, about 10 animal rights activists clashed with about 2,000 supporters of the Southdown and Eridge hunt. Police stepped in to separate the two sides after hunt followers tried to grab protest placards being waved at the riders.

In Market Bosworth, Leicestershire, anti-hunt protesters provoked their opponents with a sign saying: “For fox sake hunters, foxtrot off.”

In Peterborough, The Fitzwilliam (Milton) Hunt, dating back to the 18th century, was granted an injunction banning seven named protesters.

But the hunts were popular in many places.

At Bolton’s Bench in Lyndhurst, Hampshire, crowds of supporters on foot could be seen following the New Forest riders.

Polly Portwin, the Countryside Alliance’s head of hunting, said the large number of people out riding with hunts or as supporters yesterday showed “the future of hunting is secure”.

Chris Luffingham, director of campaigns at the League Against Cruel Sports, said: “Modern day countryside values are based around respect for nature, not the abuse of nature for entertainment.”

0 comments on “Running Battles with Activists at UK Hunts”