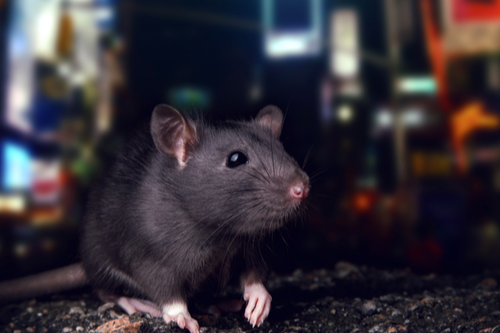 ANIMAL rights activists are campaigning against a cull of four million rats in Paris.

Authorities have announced a mass cull following a public outcry but activists have opposed a £1.4million extermination program. Video of hundreds of rats in a trash bin went viral and shocked residents in the city have demanded action.

Geoffrey Boulard, mayor of the 17th arrondissement in northwestern Paris, has launched an interactive city map on which Parisians can now report sightings so authorities can move in and kill the rodents.

But pro-rat campaigners have urged Boulard to have the rodents’ population reduced naturally, via the use of birth-control drugs as a humane alternative to extermination programs.

There has been an online petition, signed by 26,000 people, calling for a halt to the poisoning and trapping.

But Mr Boulard said: “The presence of rats in public space is worrying and has become more serious. We had a crèche surrounded with rats dead and alive. “Nobody is taking their responsibility. It’s a matter of public health.”

A fellow campaigner, Claudine Duperret, 59, who has taken in 25 rats from the streets over the past 11 years, and is behind a Facebook page which seeks fellow rat-lovers to also “rescue” rodents, said: “We really need to find a balance to live together.”

The shocking video of rats massing in a bin was taken on the banks of the River Seine, in the center of all the most popular tourist spots, including Notre Dame Cathedral and the Orsay art gallery.

A council worker said on the video that one of his colleagues “told me a rat jumped at his throat and another towards his arm… we shouldn’t be waiting for a tragedy.”

0 comments on “Save the Paris Rats, Say Campaigners”