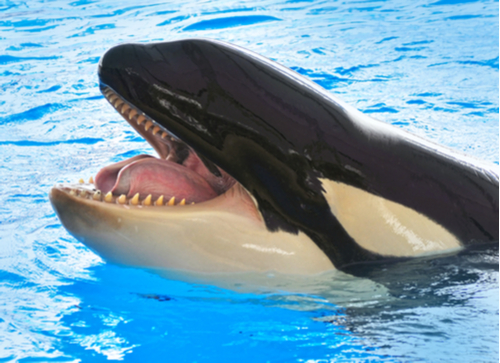 ANIMAL rights activists who interrupted a live performance at Sea World faced online abuse for ruining a family day out.

A small number of activists from group called Justice For Captives stormed the live dolphin show on Australia’s Gold Coast and jumped into the pool and chanted animal rights slogans at families.

Performances were cancelled upsetting children and parents who took to social media to slam the group, with one writing “all you achieved was ruining people’s family time.” The protestors held banners that read “captivity is cruelty” and “animals are not entertainment.”

Initially, SeaWorld paused the show as 10 people were escorted from the premises, only for more protesters to arrive. Two went so far as to enter the pool with the dolphins, resulting in an announcement coming over the PA informing spectators that “due to unforeseen circumstances it has become necessary to cancel this show.”

Members of the public were enraged at the cancellation and said the protesters completely disregarded hardworking families who had paid money for the performances.

“Congratulations that’s another 2000 odd people who will now have no respect for your cause after ruining their day in front of their children,” one person said on social media.

“People do not respond well to being made to feel bad for showing their children a good day,” said another.

Another added: “I was here tonight. This was so misguided. “Before this show I saw first hand how these animals were treated, with the utmost love and respect and absolute admiration.”

Police said a number of arrests were made after the incident and members of the group were fined $780 for the stunt.