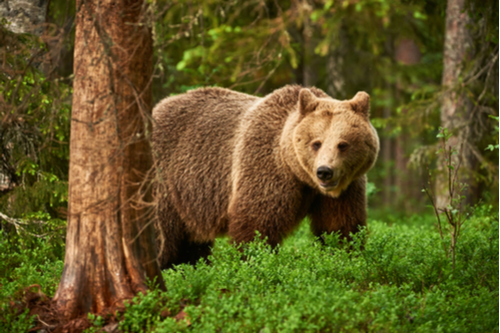 SHEPHERDS have warned that they will shoot two female bears released into the wild in order to protect their sheep.

The warning has infuriated animal rights activists who want bear populations restored to the French Pyrenees. Officials now fear the release of the two Slovenian brown bears could trigger violence between activists and shepherds.

Shepherds have said that “spotters, often armed” are ready to greet the two bears.

According to officials, bears killed 464 animals, mainly sheep, in the Pyrenees last year, up 46 per cent on the year before. They also destroyed 11 beehives.

Some activists say that they will shoot to scare the bears away from their pasture, while others hint that they will try to kill them. The bears, however, are protected and it is illegal to shoot them.

Animal rights supporters say that reintroduction, which began in 1996, is a success that has led to the return of a species that had disappeared from the Pyrenees.

Bears are established in the central Pyrenees but only two males are left in the west. Last month a hiker was charged by a brown bear trying to protect her three cubs.

Lucas Meurlet, 22, who was climbing in the Val d’Aran, on the French-Spanish frontier, said: “She charged at me twice, the third time she opened her mouth wide. It was like a scene from a horror film.”

He was uninjured and the bear left.

Rogue bear Papillon is back!

0 comments on “Shepherds at War over Bear Release”