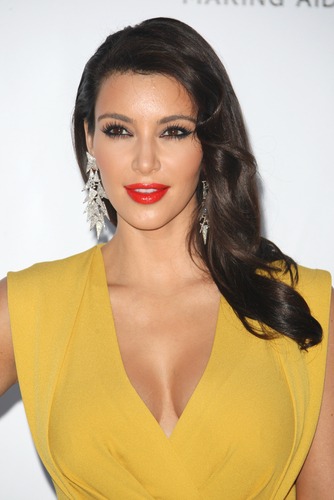 Kim Kardashian has faced backlash from animal rights activists after uploading an image of a snake covered in Louis Vuitton print.

The Keep up with the Kardashians star even captioned the upload: “Little Louis.”

But despite the fact that the image is obviously Photoshopped, animal rights activists claimed animal cruelty.

The other fan added:” No chill…she is promoting animal cruelty.”

It’s not the first time Kim has come under fire for posting provocative pictures online. She was earlier slammed for wearing fur and posting naked images of herself on Instagram.