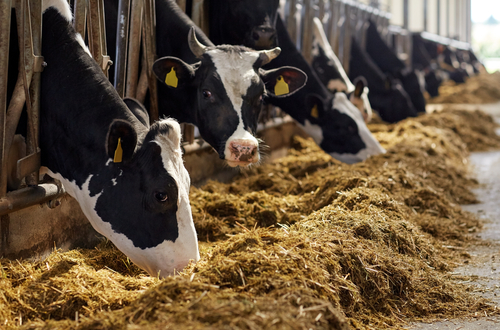 A farm girl has claimed that if her favorite cow could talk she would tell activists they are wrong about animal cruelty. Lauren Siemers ,16, whose family runs a 2,500-head farm in Northeast Wisconsin, said her favorite animal is happy.

Lauren spoke out with a Facebook post after being bombarded online with messages from activists who said she only cared about profit. She said: “If my favorite girl in the barn could talk, I’m confident that she would tell a very different story about the modern-day dairy farmer than a member of PETA would.

Many people left positive comments thanking farmers for their work. Siemers said she was shocked when she saw just how much of an impact her post had on people.

She even described the moment as “completely surreal.” She added: “I wanted to write a post that could reach more people instead of just that one individual. I knew that many of my Facebook friends are food insecure or feel that animal agriculture is inhumane. I hope this post has helped consumers feel more confident in their food choices while simultaneously bringing awareness to the state of the industry…. Never, ever stop sharing your story!”