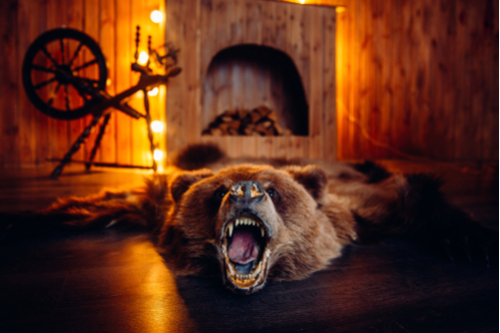 A vegetarian taxidermist who was labelled a “disgusting murderer” by activists has hit back.

She said: “I receive tons of comments regarding my work every day and as well as praise. Negative comments used to really get to me, but they don’t anymore. Anyone calling me a ‘disgusting murderer’ for example, clearly hasn’t taken the time to know anything about me or my practices. If they aren’t willing to do any research before making accusations, they aren’t worth my emotions.”

The devoted animal lover, who has stuffed 100 animals, said she quickly shut down the abusive comments on social media.

She said she only stuffs road kill and animals that have died of natural causes.

She added: “Being able to see them go from a lifeless forgotten corpse, to a beautiful piece of art, each with their own personality. I can’t help but look at them when I’m done and think they are happier.”

She has stuffed dogs, cats, coyotes, goats, llamas, raccoons, and even an alligator.

0 comments on “Taxidermist Tells Activists to “Get Stuffed”!”