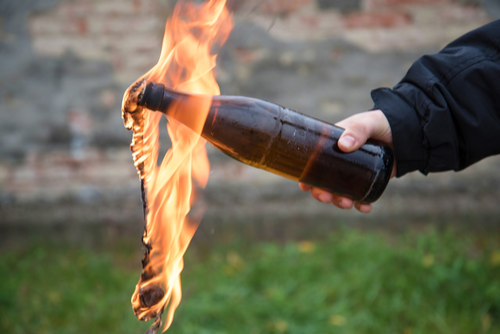 ANIMAL rights terrorists have burned down a fur farm.

Activists also either killed or kidnapped a guard dog, which has been missing since the attack.

The arson attack happened at a farm in near Venice, Italy, just meters away from where farm animals are kept.

The fur farm owner, who did not want to be named for fear of reprisals from activists, said: “This is not helping animals. This is pure terrorism.”

The police are investigating the cause of the blaze.

It is not the first-time farms have targeted by animal rights extremists.

Activists from New South Wales, Australia, were charged with killing farm chickens after a group raided a farm and fled with the chickens but then allowed them to perish.

Another group from Milford, south of Salt Lake City in Utah,  face a total of 60 years in jail and $40,000 in fines after breaking into a pig farm.

The members of the California-based Direct Action Everywhere animal rights group were accused of breaking and entering, trespass, and theft.