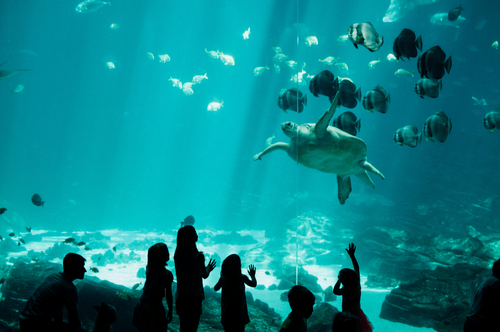 JUMANJI star Dwayne Johnson has been attacked by activists after posting pictures and video of him and his family at an aquarium.

Former wrestler Johnson, 46, who is known by his ring name “The Rock” posted the pictures of himself at the Georgia Aquarium. Pictures showed his family inspecting the tank of whale sharks and Johnson playing with a beluga whale and smiling at a sea lion.

Activists were quick to slam the celebrity for promoting the captivity of the sea creatures.

One social media user wrote: “This animal just need to be back in the ocean!!!”

Another social media user added: “For F*ck sake! Sad that a ‘celebrity’ in the public eye is in support of something so inhumane!”

Another user wrote: “Stop spreading propaganda. The Georgia Aquarium takes animals from their native waters so they can exploit them for profit. These animals don’t belong in tiny chlorinated pools. This is animal abuse.”

Johnson has not yet responded to the criticism.