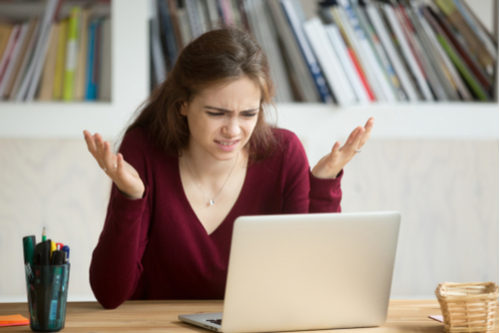 DOPEY animal rights activists protested outside a fur shop they had already forced to shut down.

Placard-waving campaigners chanted and waved placards in front the shop until locals told them it had already closed.

They targeted the boutique in Stroud in the UK after a long-running campaign of threatening messages on social media against its owner Faye Alice Rogers, 28.

But she had closed down the pop-up shop called The Boutique a week earlier after she could no longer cope with their social media attacks.

She was working in her nearby hair salon as the protesters gathered outside the former boutique.

Protesters waved banners with slogans such is “Fur Trade Murder Trade” and “Who Are You Wearing” on the town’s high street.

Faye said: “I went to have a look when they first arrived around 12 o’clock and there were about 35 to 50 of them with banners. I didn’t wear any make-up because I didn’t want to be recognized but when I was sitting outside Costa later somebody pointed me out so I got up and left.”

“I’ve got better things to do with my time. There’s no point talking to them because it’s a no win situation.”

Mrs. Rogers said she has hired a lawyer to look into the online abuse she received.

0 comments on “They Protest Too Much…”