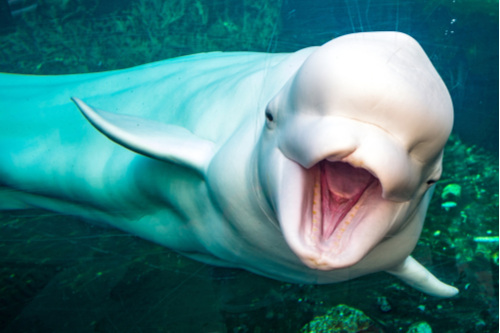 TRAVEL giant Thomas Cook has hit back at activists who accused it of profiting from a dolphin aquarium. It said animal rights campaigners had got their facts wrong.

The travel firm said it offered rooms in the Atlantis Sanya Hotel in Sanya, China, but did not offer tickets to nearby aquariums Dolphin Cay and The Lost Chambers Aquarium, which house ten dolphins and two beluga whales.

An activist group called Dolphin Freedom called on Thomas Cook to stop working with the hotel claiming it had failed to follow its own animal welfare policy regarding marine attractions.

But Thomas Cook defended its record on animal welfare.

It pointed out that it had a policy of not selling tickets to animal parks that keep killer whales. It used to sell trips SeaWorld in Florida and Loro Parque in Tenerife but stopped following customer feedback.

A Thomas Cook spokesman said: “We do not sell tickets to Dolphin Cay and have no intention to do so when it opens next year. We are the first major holiday company to take action based upon a program of independent audits, and the first to announce that we are going to stop selling excursions which keep Orcas in captivity.

“When we introduced our policy, we recognized that customer expectations were changing when it comes to animal attractions and we are committed to maintaining an animal welfare policy which is in line with our customers’ expectations of us.”

A spokesman for Atlantis Sanya, added: “We have been made aware that the dolphins at the Sanya-based resort came from Japanese waters, under a valid Cites permit. The belugas came to the resort from an existing facility in Russia, also under a valid CITES permit.

“We also can confirm that the dolphins and belugas are in good health and receive professional care and enrichment by our experts.  Likewise, the education center and marine habitats are state-of-the-art, exceeding international marine life standards required by leading industry organizations World Association of Zoos and Aquariums and the Alliance of Marine Mammal Parks and Aquariums.”

0 comments on “Thomas Cook Hits Back at Activists”