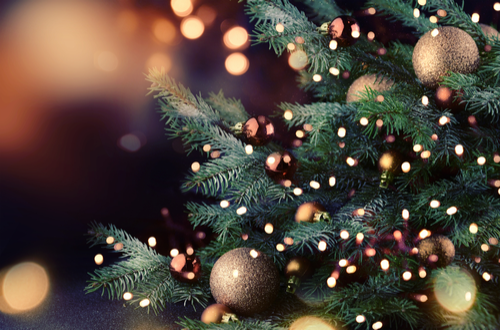 Organic turkey farmers are in fear of their lives saying vegan activists are so anti-turkey they “shout at them with loudspeakers”.

The attacks are happening at so-called ethical farms where farmers ensure the birds can roam free and have a good quality life.

Such farms allow members of the public in throughout the year to see how their Christmas turkey is raised and post regular social media updates where customers can follow their chosen turkey.

But the openness has backfired and allowed animal rights activists to step up their protests.

Attacks on turkey farmers have been increasing in the run up to Christmas and one farmer has spoken out on the yearly ordeal he now has to endure.

Paul Kelly, third generation owner of Kelly-Bronze turkeys, in Essex, said that despite the careful upbringing he gives his turkeys, he still receives death threats and witnesses campaigners attempt to free his birds.

He said: “They are attacking small farmers because they are easier. I’ve had death threats. They scare our turkeys, shout at them with loudspeakers and let them out of pens.”

The Essex farmer slammed campaigners for harming the turkeys rather than helping them.

He added: “They are doing more harm than good.”

The Countryside Alliance has said butchers and farmers across the UK are “living in fear” after a rise in attacks by vegans.

Marlow Butchers in Kent was vandalized by militant vegans who spray painted slogans across the shop front.

Wayne Marlow, who runs the butchers with his father and brother, said: “We live in fear and we’re up worrying at night – they are terrorizing us.”

Tim Bonner, Chief Executive of the Countryside Alliance, said: “There’s been an escalation of attacks on butchers, markets, and even abattoirs and it’s an extension of animal rights campaigns we have seen around other areas, using the same tactics including online abuse. They usually attack small independent businesses rather than taking on the big boys – it’s quite cowardly.”