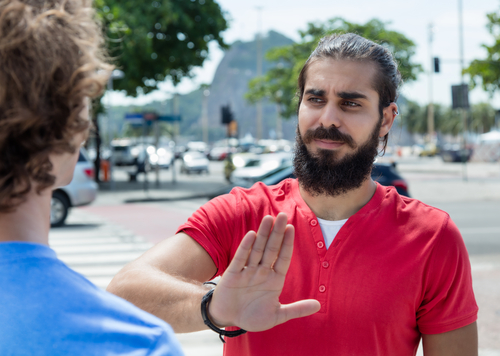 An veteran vegan activist has slammed militant protesters who target farmers and restaurants. Cameron Blewett, 46, said activists who storm steakhouses, chain themselves to railings and attack farms are getting it wrong.

The Australian activist and blogger said: “Activists these days can wear a uniform, mask and they can hold up slogans but that’s not enough. They’re only catering to a small, particular crowd. They are leading people down the wrong path.”

He said well-known vegan activist groups such as Direct Action Everywhere, who follow popular protesting methods, are sending out the wrong message.

He added: “It’s just how human nature works. If you put up a sign saying ‘’wet paint do not touch’, people will touch it. If you say ‘don’t eat meat’, they will do it.

“As a vegan, I still live a decent life. I’m still a functional member of society. I wouldn’t upset people.”

He said militant activists who storm through steakhouses and farms should consider educating themselves first.