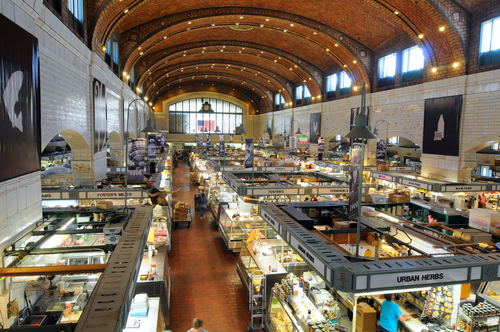 A group called Species Revolution displayed dozens of dead animals during a demonstration held outside Cleveland’s West Side Market in Ohio.

Protestors held up animal corpses before wrapping the bodies in white sheets for a funeral procession.

Passing shoppers said the stunt was distasteful and upsetting to children.

One said: “Are they serious. Can’t they see this is upsetting people – particularly the children. They didn’t come here today for a funeral or to look at dead animals. Surely they can find less offensive ways to make their point.”

The event organiser Abhujit Mudugandi said: “Animals are beings with feelings just like us. We need to see them as people.”

The funeral was part of the group’s four-day Animal Rights Conference.