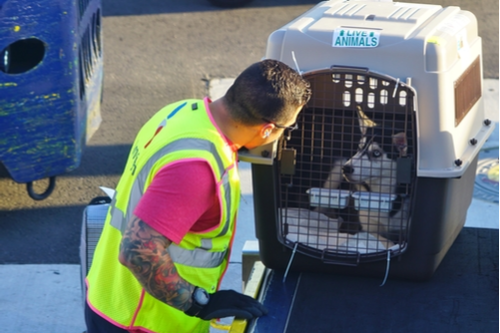 BRITISH Airways and other airlines are facing a legal challenge from scientists to end the blockade on flying animals for research.

Although airlines carry animals if they are pets or for zoos, campaigning by animal rights activists has meant that most refuse to take them if they are for medical research. Scientists have found it increasingly hard to access the animals they need to perform research into diseases such as muscular dystrophy and Parkinson’s.

Now the US-based National Association for Biomedical Research, a non-profit organization representing animal researchers, has filed a complaint with the US Department of Transportation.

It argues that by excluding research animals but taking the same species if they are for other purposes, four carriers including British Airways are breaking rules concerning discrimination.

Kirk Leech from the European Animal Research Association said: “There’s been a hemorrhaging of airlines over the past 10-12 years. Their refusal is based on potential PR problems.”

He said he hoped that by opening up the US airline market, carriers will also resume flights in Europe. The complaint also names China Southern, Qatar Airways and United Airlines.

Dominic Wells of the Royal Society of Biology, said: “It’s ethically very questionable whether they should kowtow to one particular group that makes a lot of noise, when the consequence is delaying or preventing treatment for serious diseases.”

0 comments on “Airlines Could be Forced to Fly Lab Animals”