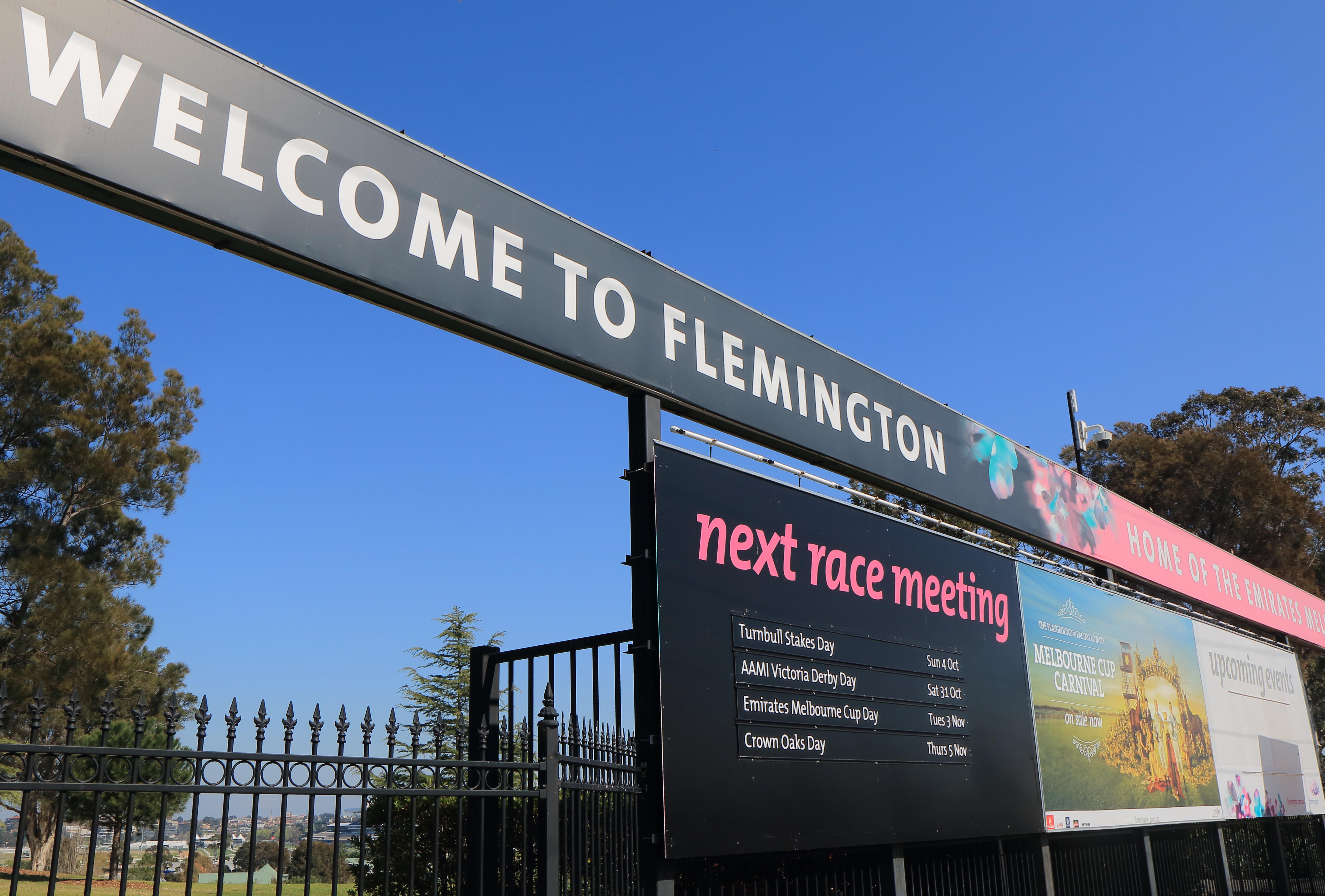 Drenched protesters stood huddled under umbrellas in pouring rain and waved animal cruelty placards and called for better treatment of the horses racing at the carnival in Melbourne.

But racegoers appeared unfazed and quickly walked past the line of protesters.

Just a handful of protesters stood huddled under umbrellas outside the entrance gates at the famous Flemington Racecourse.

A group called the Coalition for the Protection of Racehorses had spearheaded the protest with hopes to condemn cruelty against horses at the tracks.

The group had expected as many as 100 people to turn out to the races but the rain  put so called die-hard activists off.

Pig protest is wash out