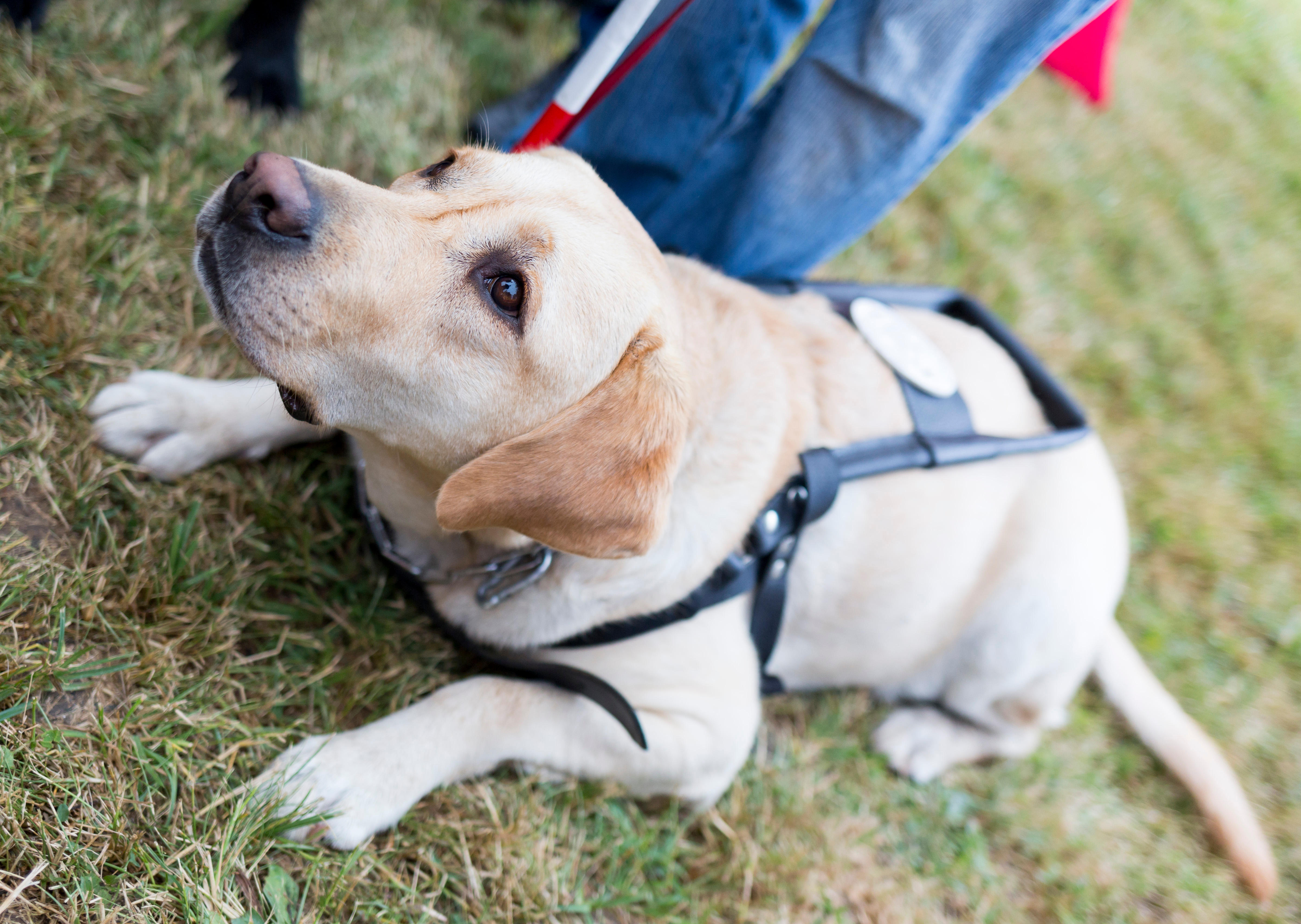 They claim its is cruel to use dogs to help humans and there have been a number of vicious verbal attacks on blind people.

Frightened dog owners say they have been targeted while walking their specially trained labradors who wear high-vis harnesses to identify them as guide dogs for the blind.

There have been instances of extremists haranguing blind people in public and one activists was so enraged the blind man she was attacking grew concerned for his safety.

Jonathan Attenborough, 30, from Fife, Scotland, said he was stunned when he was confronted twice – first in a Portsmouth hotel in the UK with his Labrador  Sam, three and again in an Edinburgh cafe in Scotland.

He said: “An incident in a hotel bar in Portsmouth was very aggressive.

“A woman approached myself and my friend, another guide dog owner, to tell us she was an animal rights activist and we were cruel.

“She was very in our faces and made us feel very uncomfortable.

“I was so taken aback.

“I tried to have a conservation with her but she didn’t listen. She just seemed to be in a rage.”

In the second incident he was approached by a male activists.

Mr Attenborough added: “He told me I shouldn’t have a guide dog.

“He said dogs should be running free in the fields.

“I thought he was joking at first.

“I have since had a lot of support.

Robert Meikle, 23, from Glasgow, Scotland has also been confronted with his black Labrador Winnie

He said: “I’ve been approached and asked why I think it’s moral for me to have a guide dog and to be honest I think it’s completely inappropriate for anyone to feel that’s acceptable to approach people who maybe are disabled and own a guide dog  or any service animal really.

“There’s so much I rely on Winnie for.

“She’s improved my confidence significantly and I have to say, with guide dogs and with Winnie particularly, I don’t think I would be here without them.”

Activists claim it is immoral to have a guide dogs because the animal has no choice about being a service dog.

But owners say the animals become faithful and loving companions and they lead a happy life with their owners.