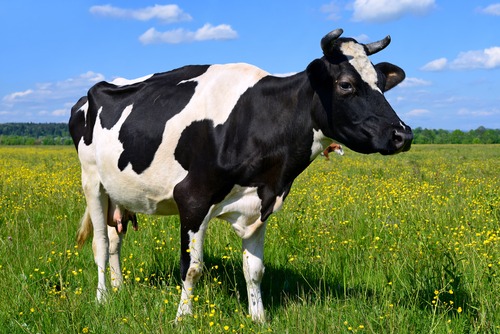 A 15-year-old animal rights protestor and her mum were arrested after trying to stop a cow being slaughtered.

Zoe Rosenberg and her mum Sheraton, 48, were both grabbed by police as they tried to protect the animal.

Police moved in at the Cal Poly campus in California where the animal was due to be slaughtered as part of a meat science class.

Zoe Rosenberg had chained herself to a gate in a bid to stop the cow being brought onto the premises.

She was charged with trespass and resisting arrest.

Her mother was also arrested on charges of contributing to the delinquency of a minor.

A week before their arrest both were ordered off Cal Poly premises after trying to rescue a pig.

Rosenberg said: “For all I care, they can kill me instead of this cow. I’m being treated as a criminal. Me, a 15-year-old girl, who just wants to save a cow’s life.”

In a live video posted online by animal rights activism group Direct Action Everywhere, the teenager was seen blocking workers from delivering the cow to the university unit.

Rosenberg also encouraged passersby to call the university and demand justice for animals.

The teenager was protesting with a group of other animal rights activists who were also arrested on charges of trespassing and resisting arrest.

The University Police Department issued temporary stay-away orders for the Rosenberg and the other animal rights activist following the arrest.

0 comments on “Bad Momma …and Daughter”