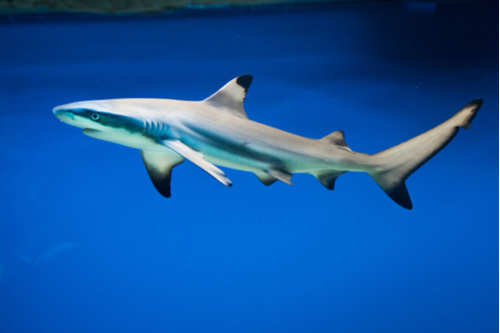 TWO of the biggest names in wildlife television are at the center of a bitter row after the “sacking” of an 11-year-old shark-loving school boy.

He had told Grylls: “You suck.”

But his comments led to him losing his Shark Ambassador role with a charity for being too outspoken.

Then BBC Springwatch presenter Packham leapt to the defense of the schoolboy, praising him for standing up for his beliefs and attacking Grylls who also holds the role of Chief Scout.

Packham said: “Finlay’s courage to stand up for what he believes in is a joy in an age where most people are scared to say boo to a goose.

“Finlay is the best ambassador for sharks I’ve ever met. This group of fish are being mercilessly killed in their millions and as keystone predators this will have far reaching and profound impacts on the ocean ecosystem.”

Earlier this year, Finlay, from Ullapool in Wester Ross, Scotland, was delighted when the international Sharks4Kids charity chose him as one of the UK’s junior Shark Ambassadors in recognition of his marine conservation efforts.

But when he went online to express his views about The Bear Grylls Adventure dive experience at Birmingham NEC, his comments on Facebook led to Sharks4Kids stripping him of the role.

Criticising the attraction, which offers visitors the chance to swim with black-tip reef sharks, Finlay wrote: “You suck Mr Grylls. Sharks should not be put in tanks.”

He then described Grylls as the “worst Chief Scout ever”.

A few days later his parents received an angry email from Sharks4Kids saying Finlay could no longer represent it because his online comments conflicted with its not-for-profit status which prevents it lobbying or petitioning.

Founder and president Jillian Morris wrote: “We do NOT condone negative campaigns and legally cannot be affiliated with this style of online slander. This is VERY serious. Unfortunately Finlay will no longer be able to work with us.”

His parents were shocked to learn their son had been reported to Facebook by two adult Scout leaders south of the Border, claiming his comments were a “violation.”

Packham, who called Finlay up on stage to a standing ovation at a London conservation event, added: “Finlay is inspirational and I hope other youngsters respond to his remarkable strength of character and speak out about all the issues which they have concerns about, too.”

Finlay remains adamant that as a Shark Ambassador he could not keep silent when he discovered what was happening at Grylls’s attraction.

He said: “It was time to name and shame over this shark experience. I thought the shark dive pointless. But I was told I was not allowed to campaign. When I found I had been sacked, I went to my room and cried for two hours. When I’m in the water snorkeling I feel at peace and I want to protect the marine environment – and that’s what I was trying to do.”

Finlay’s father Geoff, 52, said: “At no point during our work with Sharks4Kids were we ever informed as to what was expected of the junior ambassador role.

“Rather than robustly defending Finlay and his role, they panicked at the thought of litigation and, in the words of friends, decided to ‘throw Finlay under the bus’ and remove his ambassadorship. Chris was impressed because Finlay was a ‘doer’ and was prepared to stand up and make a difference.”

Finlay, who recently received £250 as a winner of the Young Marsh Volunteer Award for Marine Conservation, spent the money on taking his family to the People’s Walk for Wildlife in central London last weekend, where Packham called him up on stage.

Finlay has since received an email from Grylls’s representatives, inviting him to the The Bear Grylls Adventure.

A spokesman for Merlin Entertainments, which runs the attraction, said: “There will be a dedicated team of aquarists to care for the creatures day to day.”

Grylls said: “I so admire Finlay. We need young people who challenge the status quo and force us to analyse what we do.”

A Sharks4Kids spokesman said: “We support Finlay in his passion to speak up for what he believes. But with our status, we cannot lobby, petition or participate in activism. His involvement was not ended because he spoke out against Bear Grylls. It was ended because he made statements on behalf of the organization which are not legal for our status.”