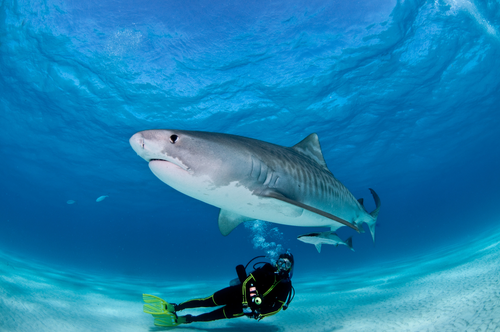 Bear Grylls’ new adventure park, where customers can swim with sharks, has been slammed by activists.

A petition against the attraction in Birmingham, UK, currently under construction, has 20,000 signatures.

Organizer Emily Lawrence said: “This is really sending out the wrong message. People are waking up to how wrong it is for people to swim with marine life.”

A spokeswoman for the fully licensed park said “a dedicated team of aquarists” would “care for the creatures day to day.”