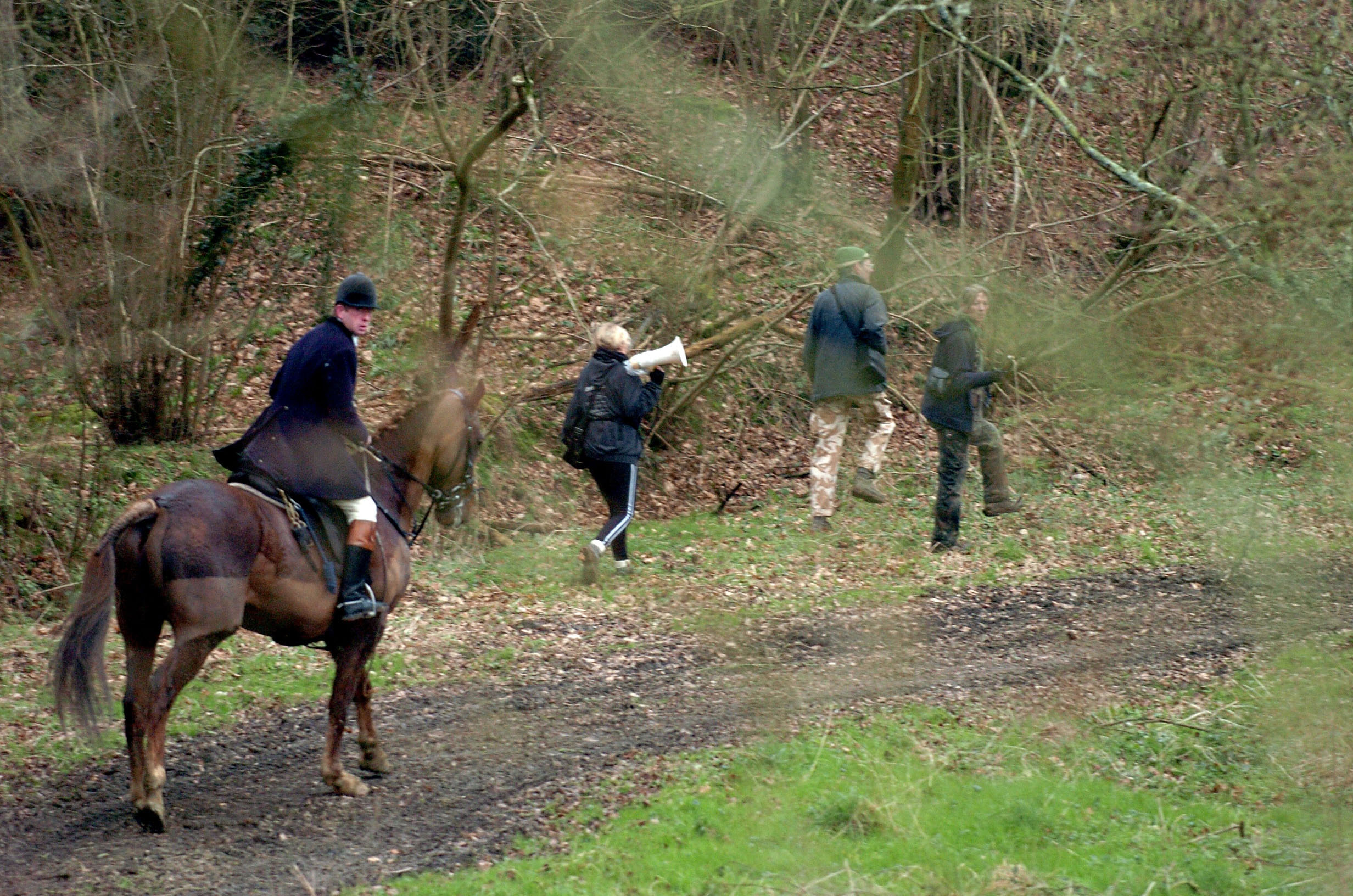 A hunt saboteur wearing a black balaclava sparked a vicious confrontation with a huntsman when she tried to stop him taking part in a legal trail hunt.

But the animal rights extremist appeared to come off worst in the clash.

She was seen wearing a head bandage after the confrontation.

A members of the North Cambridgeshire Sabs and a member of the Woodland Pyrchley Hunt in Marston Wood near Clipston, Northamptonshire, UK, clashed when the woman tried to block the path of a male rider.

But the rider refused to back down and as the woman tried to block his way blows appeared to be exchanged.

Hunt sab activists later claimed one of its members was seriously injured and said one of the riders tried to grab her camcorder.

They reported the alleged attack to police but no arrests were made.

But The Countryside Alliance said huntsmen and women are facing “extreme provocation” from hunt sabs.

Spokeswoman Polly Portwin, Head of Hunting at the Countryside Alliance, said: “The Countryside Alliance and the Pytchley with Woodland Hunt are aware of the allegations circulating on social media and suggest that if there is any evidence to corroborate these claims then it should be taken to the police to be investigated through the appropriate channels.

“Those associated with registered packs of hounds – which operate within the law under the terms of the Hunting Act 2004 – are regularly advised to avoid interaction with animal rights extremists at all times.

“The Countryside Alliance and the hunting authorities do not condone any form of violence, even in the face of extreme provocation which hunt supporters face on an almost daily basis at the hands of animal rights activists.”

A spokesperson for Northamptonshire Police said: “I can confirm the force is investigating an alleged assault in which a female hunt monitor reports suffering a laceration to her head.”

A spokesperson for North Cambs Sabs said: “Hunt sabs maintain a policy of non-violence however all too often we are treated with aggression and force by those that hunt animals for sport.”

Huntsmen and women were taking part in legal trail hunting where they pursue a laid down scent across the countryside instead of a fox which is now illegal in the UK.