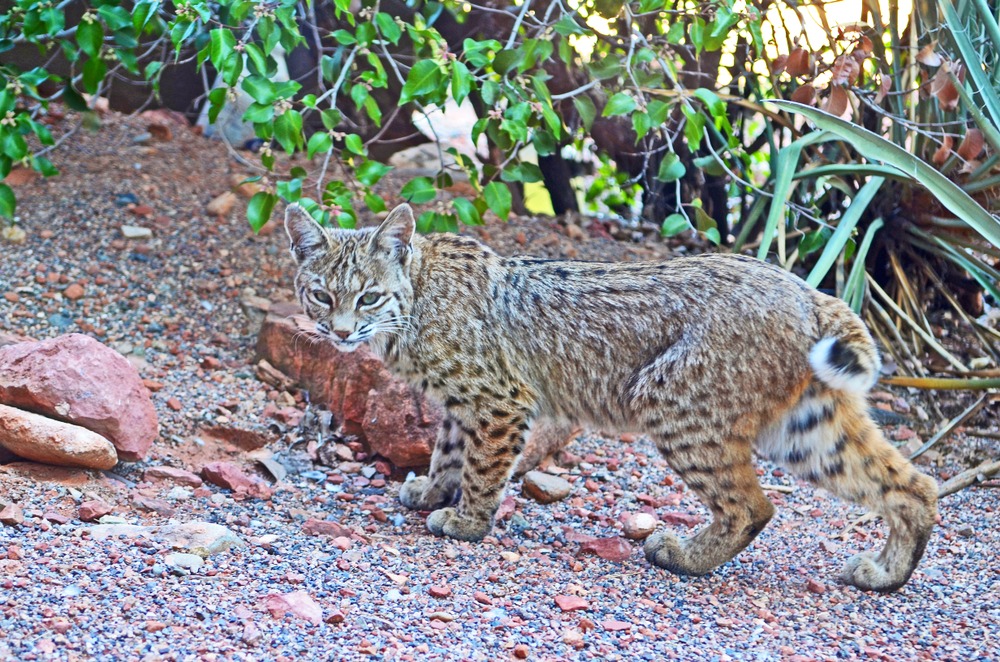 A bobcat was found living with an armed and dangerous criminal in an abandoned warehouse.

Homeless ex-con Philip Giese, 41, was hold up with the cat in the warehouse in Orland Park, Illinois, US.

Giese was arrested on gun charges.

The Illinois Department of Natural Resources turned over animal to the Wildcat Sanctuary in Sandstone, Minnesota.

Tammy Thies, the founder and president of the Wildcat Sanctuary said the cat is doing well.

She said: “He was very calm on the ride up. He is very food motivated and has a huge appetite.

“He’s adjusting quickly and loves being outdoors playing in the snow and jumping on perches.”

The seller met the owner on the side of a highway where the illegal exchange was made.

Thies says Mondovi is just one of many wild animals living with private owners often illegally, in the United States.

Since his arrest an additional charge of “armed habitual criminal” has been added to the case against Giese who is free on bond.

Officials said there was no indication that he mistreated the animal.