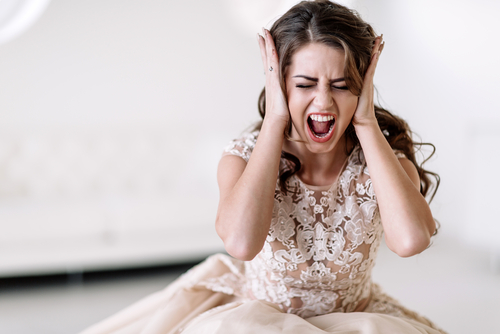 A bride-to-be revealed her anger at the fussy food demands of some of her vegan wedding guests.

She said she was infuriated after some friends made special vegan dietary requests—even though they had not been invited to do so. She was so upset she took to social media and even told guests to bring their own food because she would not be catering for them.

In an anonymous post in a wedding group on Facebook, the unidentified woman complained that guests had cited their veganism as a “dietary requirement” when they returned their RSVPs.

In an outraged post the anonymous woman wrote that it “irked” her that two of her vegan friends had written “all over” the wedding invitations asking for non-animal based food.

She said: “Nowhere on the RSVP does it ask what guests want to eat at the reception. Nowhere. We are not making special food accommodations. If our parents needed something, sure. Them? No. They can bring their own food or order from the restaurant property (but it’s BBQ lol) at their own cost.”

She pointed out that the food on offer was tacos, and she had no plans to expand her catering.