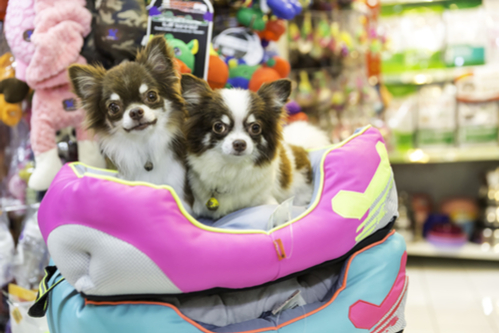 CALIFORNIA has become the first US state to ban pet retailers selling animals that are not from rescue centers and shelters. The new law went into effect on January 1, 2019.

It requires that stores keep records for each animal and post signage listing the shelter from which each animal was received. A pet store operator can be fined $500 if found in violation of the new law.

The American Kennel Club has opposed the law claiming its regulations are already tough enough and that it has been driven by “anti-breeder animal rights extremists.”

A Kennel Club spokesman said: “This law will dramatically reduce every Californian’s access and ability to choose a pet with the predictable type, mandated care, and substantiated health backgrounds that come with purebred pets from regulated sources.”

The San Diego Humane Society also said it was not prepared to partner with pet stores. Spokesman Steve MacKinnon said: “We’re not prepared to do that ourselves because we have a fairly robust adoption program.”

Cats, dogs and rabbits bought directly from breeders will not be affected by the new regulation.