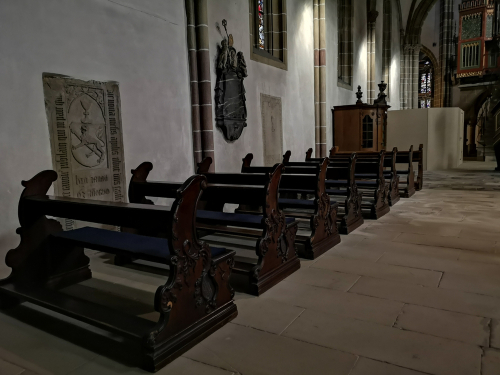 An animal rights activists and hunt saboteur has been sacked by the Church of England after it emerged he was a secret fascist.

Ken Kearsey was employed to carry out pastoral duties in the community but he was a member of a group dedicated to resurrecting Sir Oswald Mosley’s Blackshirts. While he was working with young and vulnerable people and carrying out home visits for the church he was also trying to drum up support for the notorious group.

After being alerted to his views the Rt. Revd. Karen Gorham, the Bishop of Sherborne in the UK, removed Kearsey’s commission. It is understood that the police are now monitoring his political work.

He had acted as the regional officer in the south for the New British Union, a group which is attempting to resurrect Sir Oswald Mosley’s British Union of Fascists from the 1930s.

Before his appointment, Kearsey posted a public image of Sir Oswald on his Facebook page with the party name and the question: “Are you content with things the way they are.”

Kearsey’s name no longer appears as one of the New British Union officers on their website, which uses Sir Oswald’s lightning bolt logo.

However, in a previous copy of their magazine, the Blackshirt, which is still available online, Kearsey wrote: “My journey to Fascism has been a gradual one over the years as it’s become increasingly apparent that Socialism/Communism and the left generally do not have the solutions to our nation’s problems and concern.”

He added the he has “always been involved with animal rights/welfare organisations, hunt sabs, animal aid, etc. I am a committed Christian and currently training with the Church of England.”

The Diocese of Salisbury confirmed Kearsey as a Lay Pastoral Assistant in January, confirming that the role was to “engage in pastoral ministry on behalf of the local church, working as part of a team of clergy and laity”.

They said that the tasks could include “hospital and home visiting, working with children and young people, supporting the recently bereaved, helping people prepare for baptisms, confirmations and weddings and/or leading services in sheltered and residential homes.”

In a letter asking him to renounce his views, the Bishop wrote that “far right political party Britain First has been criticised by every major Christian denomination in the UK.

“The established and local Church wants nothing to do with anything which insights hatred, and spreads fear and mistrust, particularly amongst some of our most vulnerable people.”

When Kearsey responded, refusing to give up his party and saying that Britain needed to “wake up” to the fact that Britain will soon be an “Islamic state,” he was asked to leave the church.

Tim Bonner, chief executive of the Countryside Alliance, said that it is “no surprise to see that a self-described fascist is also a Hunt Saboteur” as there is a long history of activists “promoting extreme right wing views.”

He said: “This emphasises again that the anti-hunting movement is primarily about extreme politics rather than any real concern about animal welfare.”

A spokesman for the diocese said: “Mr Ken Kearsey had put himself forward to train as a Lay Pastoral Assistant. This is an unpaid role. He had only just been commissioned to do the role. This commission has been withdrawn as a result of his association with this political party and that he will not be permitted to take part in a further ministry within this Diocese.”