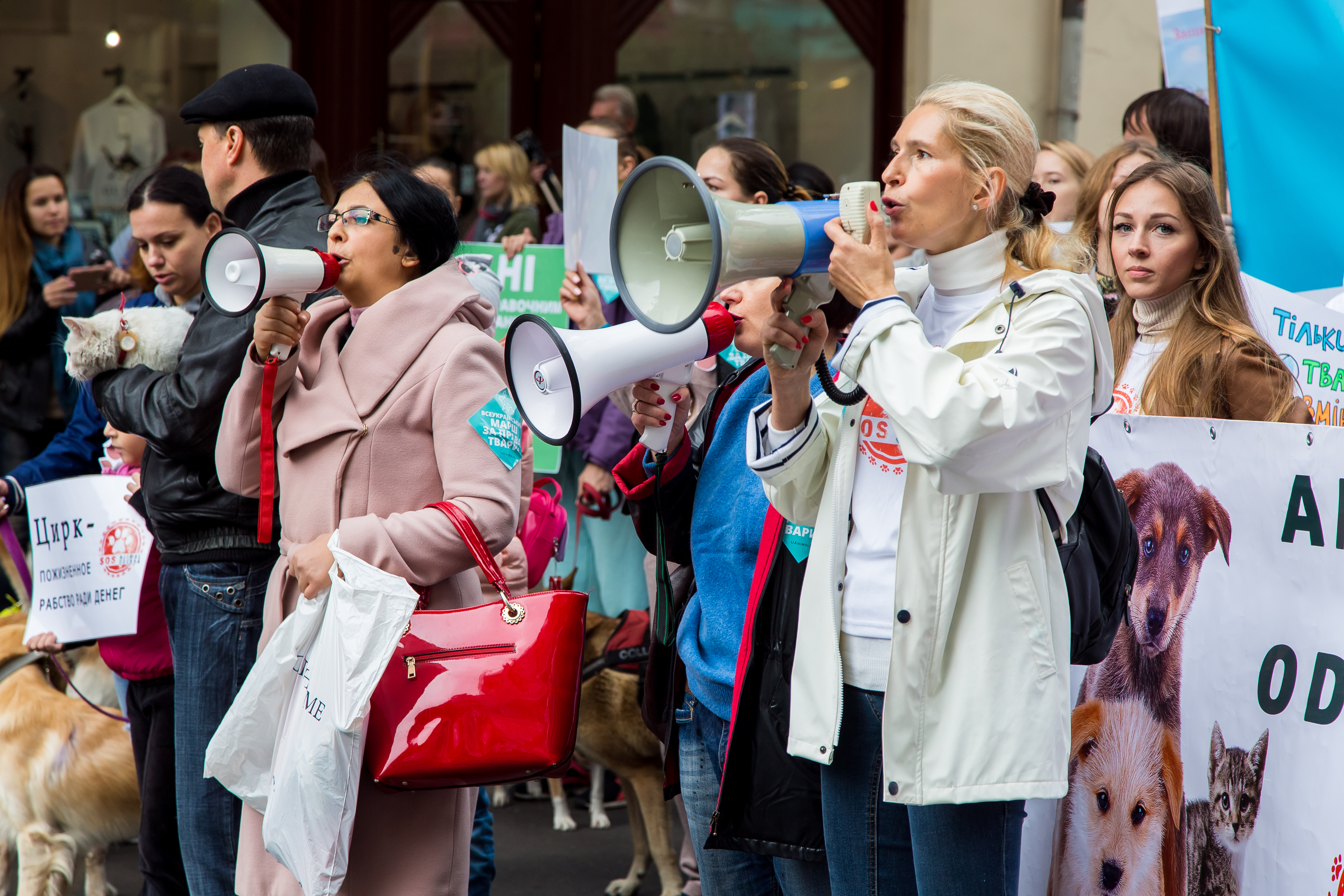 A MARRIED couple who carried out a ten-year campaign of terror against animal research workers have been sentenced for blackmail.

Sven Van Hasselt, 31, was jailed for five years and Natasha Simpkins, 30, was sentenced to two years suspended for two years.

Their aim was to put research laboratory Huntingdon Life Sciences in Cambridgeshire, UK, out of business by forcing supply companies to cut ties with it.

They belonged to the extremist group SHAC—Stop Huntingdon Animal Cruelty—which has been behind years of acts of intimidation, harassment, and blackmail.

Both were jailed at Winchester Crown Court in the UK after admitting conspiracy to blackmail.

The court heard how the pair had belonged to the notorious group since they were teenagers.

The husband and wife are said to have drenched cars in paint stripper and terrorized workers by leaving graffiti on their homes that read: “Drop HLS or you will be dead.”

They even desecrated a grave and stole an urn belonging to the mother of one worker.

Abusive letters and death threats were sent to staff, along with threats of physical assault.

They were also accused of trespassing on HLS property and hijacking email and telephone systems to disrupt the firm’s work.

Their campaign of harassment and intimidation spanned ten years from November 2001 to August 2011, but the pair were not arrested until 2012.

The most serious attacks took place across France, Switzerland and Germany in 2008 and 2009.

Michael Bowes QC, prosecuting, said Van Hasselt and Simpkins focused much of their blackmail campaign on the Swiss pharmaceutical company Novartis, a supplier of HLS.

Information about companies and individuals was obtained under false pretenses and then published on the SHAC website, making them a target for further harassment. Activists told workers their details would stay on the website until the supplier provided written confirmation it would cut all ties with HLS.

Commander Dean Haydon, of the Counter Terrorism Command of the Metropolitan Police said of Simpkins and Van Hasselt after the case: “The tactics they used in attempting to prevent companies from going about their legitimate business were extremely damaging to those targeted and went far beyond lawful campaigning.”

Both Simpkins and Van Hasselt, a Dutch national who recently lived in Bournemouth, UK, were arrested by Dutch police in July 2012 and were eventually extradited to the UK from the Netherlands, where they had been tried for their part in an attack on a mink farm in which they set 5,000 animals loose.

The pair were arrested at Heathrow Airport in the UK in February 2016.

Adrian Waterman QC, defending Van Hasselt, said he suffered from Asperger’s syndrome and had been treated for mental health problems in his youth.

He said he was a “troubled soul” and added: “He regrets it and cannot fathom how on earth he came to be involved.”

A third activist, Debbie Vincent, was convicted of conspiracy to blackmail in 2014 and was jailed for six years.

The former soldier from Croydon, South London, was described as the “face” of the animal rights terror campaign. Vincent, who fathered a son before undergoing a sex change, was told she hadn’t a “shred of remorse” for her victims.

She was finally brought to justice after being recorded by an undercover police officer as she tried to broker a deal in which one company agreed to stop dealing with HLS.

Another seven members of SHAC were jailed for a total of 50 years in 2009.