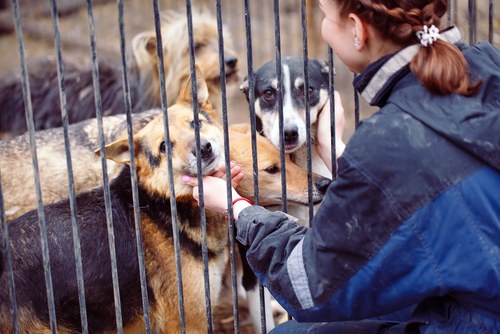 One of Americas top animal shelters is in turmoil after the sudden departure of its boss. The Board of Directors of the Animal Welfare League in Chicago would only say former executive director Linda Estrada was “no longer employed.”

But her departure comes following repeated claims the sanctuary was filthy and animals were suffering.

It appears the negative publicity made her position untenable and the AWL’s board of directors issued short statement saying her employment had ended with immediate effect.

Animal cruelty allegations at the sanctuary date back to January 2017 when pictures emerged showing filthy conditions inside dog-holding areas, piles of rodent droppings in isolation rooms and sick dogs lying in their own feces.

The AWL has now hired an outside public relations firm specializing in crisis communications in a bid to restore its reputation.

The shelter is also understood to be under investigation by the Illinois Department of Finance and Professional Regulation.

In the meantime Diane Sprykas, a long-time employee at the AWL, has been appointed interim director.

The Animal Welfare League was founded in 1935 and is one of the oldest animal shelters in America.

0 comments on “Cruelty Claims Plunge US Shelter into Crisis”