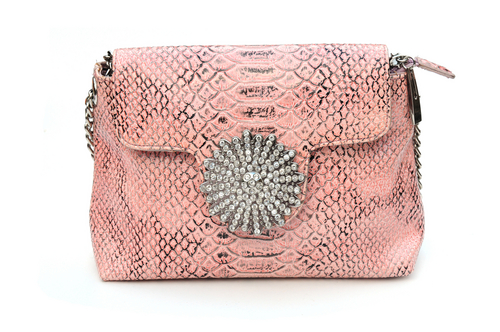 A diamond-encrusted crocodile skin handbag has become one of the most expensive fashion accessories in the world.

The second hand 10-year-old Hermes Birkin bag sold for £162,500, breaking the record for the most expensive handbag to be sold at auction in Europe.

It has an 18-carat white gold diamond encrusted lock.

Despite online negativity towards animal products the sale has revealed such items are still coveted.

The bag takes its name from the snow-capped mountains of the Himalayas which designers said inspired the color of the bag.

Auctioneers Christie’s said it was the “undisputed most valuable bag in the world” and that it was the “most desired bag in existence.”

The record for the most expensive bag ever to be sold is held by another Hermes Birkin which sold for £253,700 at an auction in Hong Kong in 2017.

Celebrities who have been spotted with a Birkin include Kim Kardashian and Mariah Carey.

The original Birkin bag was created by the French luxury fashion house Hermes in 1981 and was named after the singer and actress Jane Birkin.