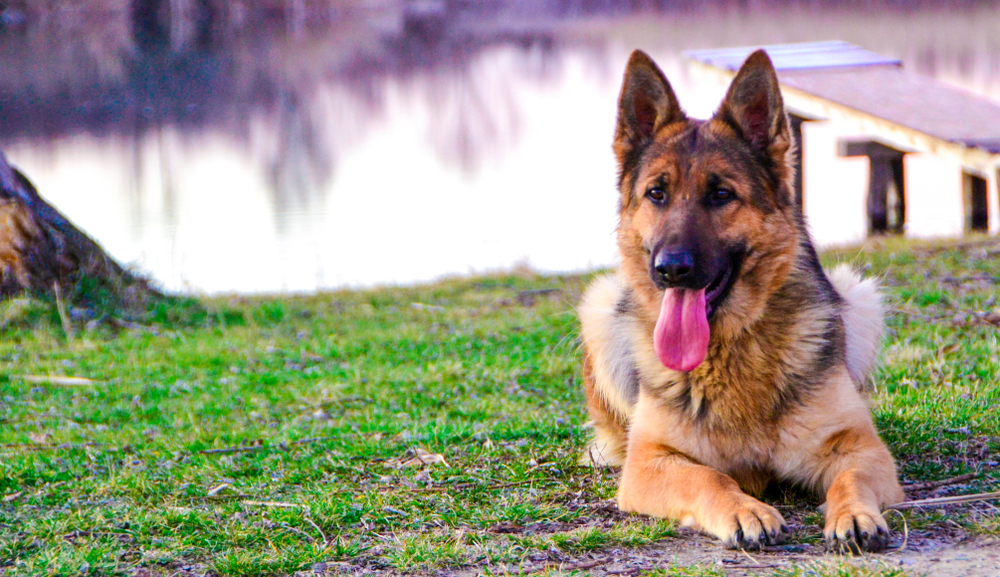 It is a shaggy dog story with an uncertain ending.

A German Shepherd dog called Drogo couldn’t resist the call of the wild and ran away from his owners to live free.

But their joy that he has survived a harsh winter on the Scottish island Arran is tinged with sadness.

He has been missing for seven months on the island which is 20 miles long and 10 miles wide.

When he disappeared during a walk the family tried everything to find him.

It became a quest involving everything from remote wildlife cameras to traps baited with sardines and old T-shirts carrying the scent of one of his rescuers.

The Campbells, who named the German Shepherd cross after a character in TV’s Game of Thrones, shipped him to Britain from Bosnia after spotting an online ad by a rescue center in Sarajevo, Bosnia.

After basic searching and calling failed, they tried to lure him with treats such as sirloin steak and butcher’s sausages.

They also tried enticing him with scent from a bitch in heat and with unwashed clothes worn by his favorite member of staff from the rescue center.

The Campbells then adopted Drogo’s sister from Bosnia, to see if a family bond would bring him home.

As well as sightings from across Arran he has been seen on a network of wildlife cameras installed by the family.

They have pledged to keep trying to find him.

The family rehomed Drogo as a replacement for their beloved dog, Bubba, who died.

Mrs. Campbell, 43, said: “He’s a local celebrity. Everyone knows about him. I spoke to a specialist dog trainer, did research on how to settle him in, and stayed in touch with the rescuers in Bosnia.

“We got him toys, bowls, leads and a harness. Experts say Drogo has gone into survival mode, or wild mode, and thinks everyone is  a predator now.”

They know that Drogo has settled in the south of the island but fear he could pose a threat to sheep.