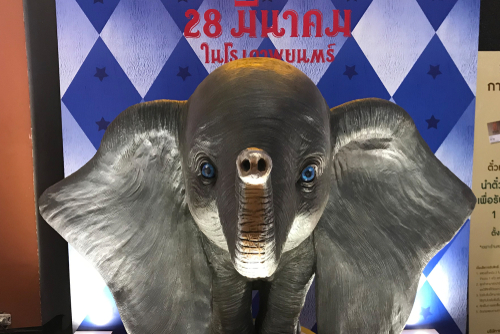 A remake of the Disney classic Dumbo has been slammed for pandering to animal rights activists.

The CGI remake of the 1941 movie has been badly received by critics with one top critic claiming the “worthiness of the animal rights message” has spoiled the fun of the film.

The movie directed by Tim Burton tells the story of a young elephant, whose oversized ears enable him to fly. He helps to save a struggling circus, but when the circus plans a new venture, Dumbo and his friends discover its dark secrets.

But top UK critic Brian Viner said Burton, who also made Edward Scissorhands, has allowed his animal rights beliefs to get in the way.

He said: “On paper it makes sense for Burton, who once gave us a man with scissors for hands, to work with an elephant with ears for wings. The 60-year-old director of the 1990 fantasy film Edward Scissorhands is something of an oddball himself and likes to tell stories about social and physical misfits.

“But on screen, Burton’s antipathy towards zoos and circuses looms all too large.”

“Of course, animal cruelty should be abhorrent to everyone, yet his film is undermined by the worthiness of animal rights message. Circuses don’t have to be magnets for leering voyeurs. They can be places of innocent joy, too.”