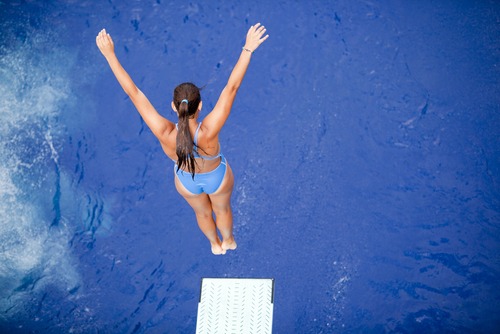 AN animal rights activist jumped into a sea lion pool to escape angry crowds when her protest flopped.

The woman jumped into the pool when one zoo visitor confronted her.

She was one of three protestors arrested for disrupting the sea lion show at Antwerp Zoo in Belgium.

Members of the audience booed as the protesters emerged carrying signs around the pool’s perimeter, forcing the show to come to a halt in front of a packed audience.

Video footage captured a man confront her, but she avoided him by jumping into the water.

The audience applauded the man’s actions as the woman is seen, still clutching her sign above her head, splashed around in the water.

All three protesters, believed to have come from the Netherlands, were later arrested by police for disturbing public order at the zoo.

She said: “They were temporarily cancelled to give the animals and zookeepers some peace. They were of course scared by the incident. We are actually on the same side when it comes to the welfare of animals.”