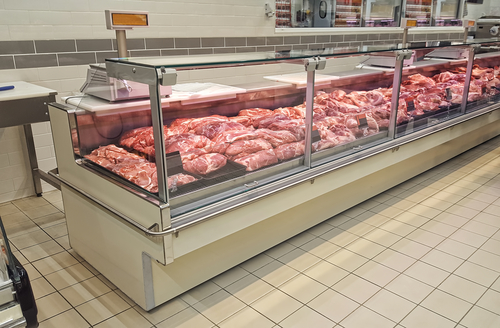 ANIMAL rights thugs have stepped up attacks on butcher shops in France. In the latest act of vandalism, the glass door to a butcher shop in Yvelines in norther France was smashed in and the slogan “Stop Speciesism” daubed on the windows.

The owner said: “By the time I arrived in my shop, there was no one there. I found bricks on the floor and the slogan on the window.”

French butchers have called for police protection in the wake off similar attacks on their premises which they have branded “vegan terrorism.”

Jean-François Guihard, the leader of The Butchers’ Federation of France, said his 18,000 members were living in fear.

Eight premises have now being targeted.

In Lille, a butcher and a fishmonger had windows broken and their premises covered with graffiti.

Attacks have also been reported in the country’s southwest region of Occitanie.

Windows were also smashed at Canard Street, a Paris restaurant specializing in duck.

0 comments on “Hate Campaign Against Butchers in France Continues”