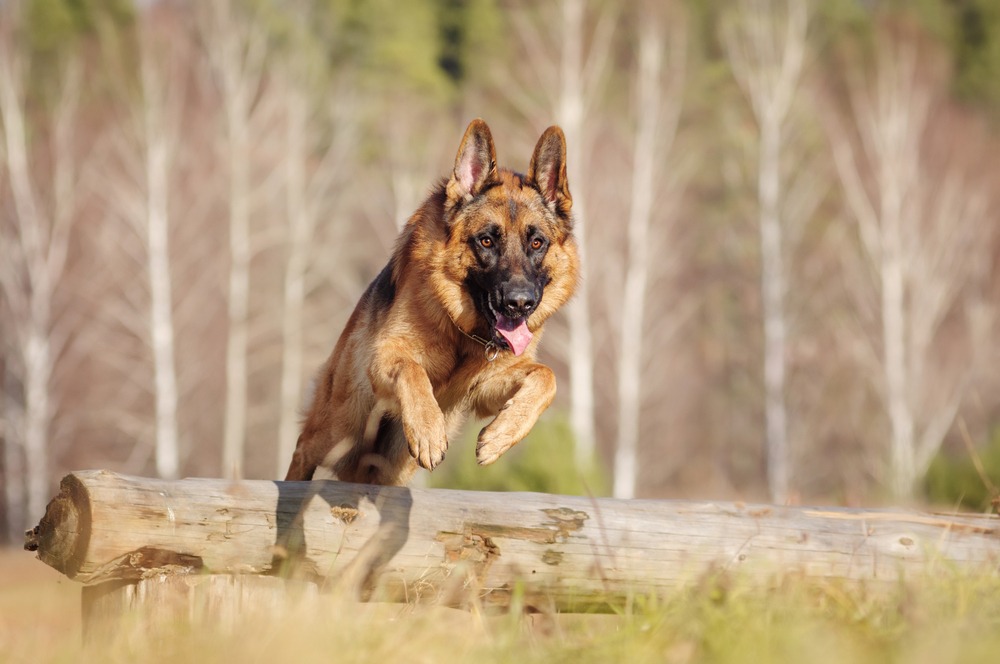 The brave dog survived the gunshot wounds and saw off the burglars at his owner’s home.

When he hid in an upstairs bathroom closet brave Rex went downstairs and into action to scare off the intruders.

Despite being clubbed he still tried to stop them as they headed upstairs to where Javier was hiding.

That’s when he was shot three times – including once in the neck.

His brave actions delayed the intruders long enough to protect his owner and seconds after he was shot the sound of police sirens made the burglars flee the home.

Rex was then rushed into emergency surgery and is recovering from his wounds.

The dog is now expected to receive the German Shepherd Dog Club of America’s Hero of the Year award.

Javier’s aunt, Susy Cadena, created a GoFundMe account to help the family pay for Rex’s medical bills and in a Tuesday update said their heroic pet now suffers from PTSD.

She said he will soon visit a veterinary psychologist.

Susy Cadena said she and the family are grateful for the contributions and have asked that people no longer donate.

She said the family is also sorting out what to do with any extra funds, but added that Rex’s medical and psychological bills haven’t been assessed yet.