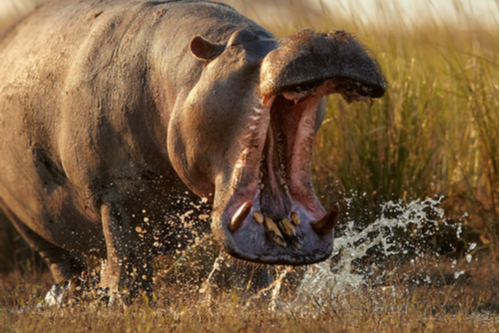 POLICE are a hunting a man after he was caught on video slapping a hippopotamus on the bottom in a zoo enclosure.

The bizarre video shows the man sneaking up on the hippo and then taking the animal by surprise and slapping him. He then retreats with his hands in the air in a gesture of victory.

Interaction with animals is banned. Now Los Angeles Police are investigating after the bizarre incident at Los Angeles Zoo.