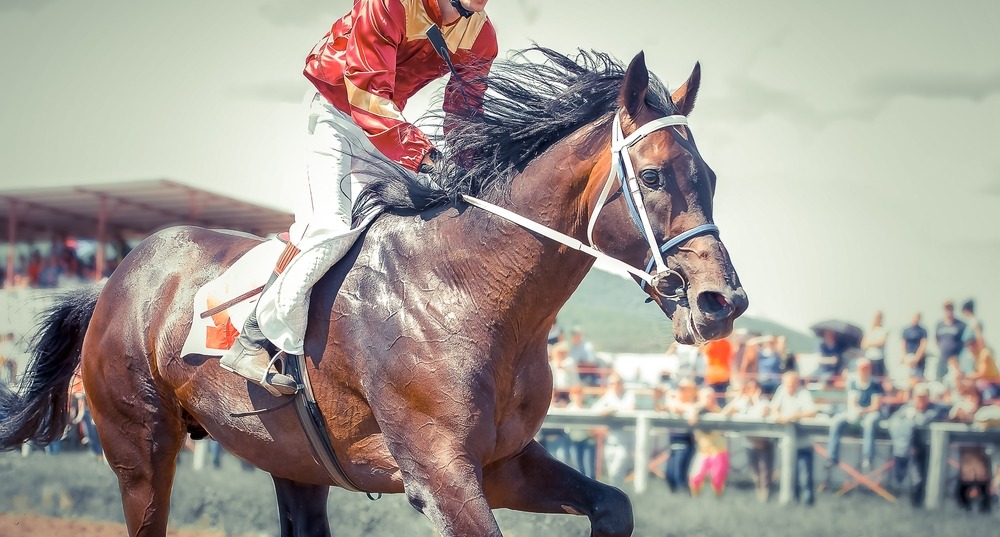 Emergency services dramatically pulled an escaped racehorse from a river yards from a 12-foot weir.

The horse had unseated his jockey during a point-to-point race, bolted and then jumped in the river.

The desperate animal flailed in the water just yards from the weir and rescue workers battled for three hours to save him.

The operation involved the fire brigade, a boat rescue team, animal rescue services and a vet.

Emergency crews even cut back trees to improve access before the horse was eventually winched to safety with a forklift.

The horse, All-Star Vinnie, had fallen at the second fence in the Brampton Bryan point-to-point race in Hereford in the UK.

He left jockey Jack Cundy behind and went off the course, managing to escape through a gap in the tape before trying to jump over the River Teme but instead falling in.

The thoroughbred was left stranded on the edge of a 12-foot drop as emergency services battled to save him before he was swept away.

Emergency services placed earplugs in Vinnie’s ears to keep him relaxed and put him in a harness before drafting in a forklift to pull him to safety.

A boat crew was also on standby to rescue anyone who was swept away by the current during the operation.

The owner, the jockey and a vet from Three Counties Equine Hospital were in the water for two hours during the rescue.

Joint owner of the horse Callum Mr. Bickers-Price said: “There were about 40-50 onlookers when they started to pull Vinnie from the river.

“He had been really calm until then resting his head in Jack’s arms, but he totally panicked when he was midair, thrashing around and kicking out. I was lucky to be wearing a helmet as he kicked me in the head and knocked me back into the water.”

Eight-year-old Vinnie is now recovering at his stables after suffering puncture wounds and a possible broken pelvis.

0 comments on “Horse Plucked to Safety From Treacherous Weir”