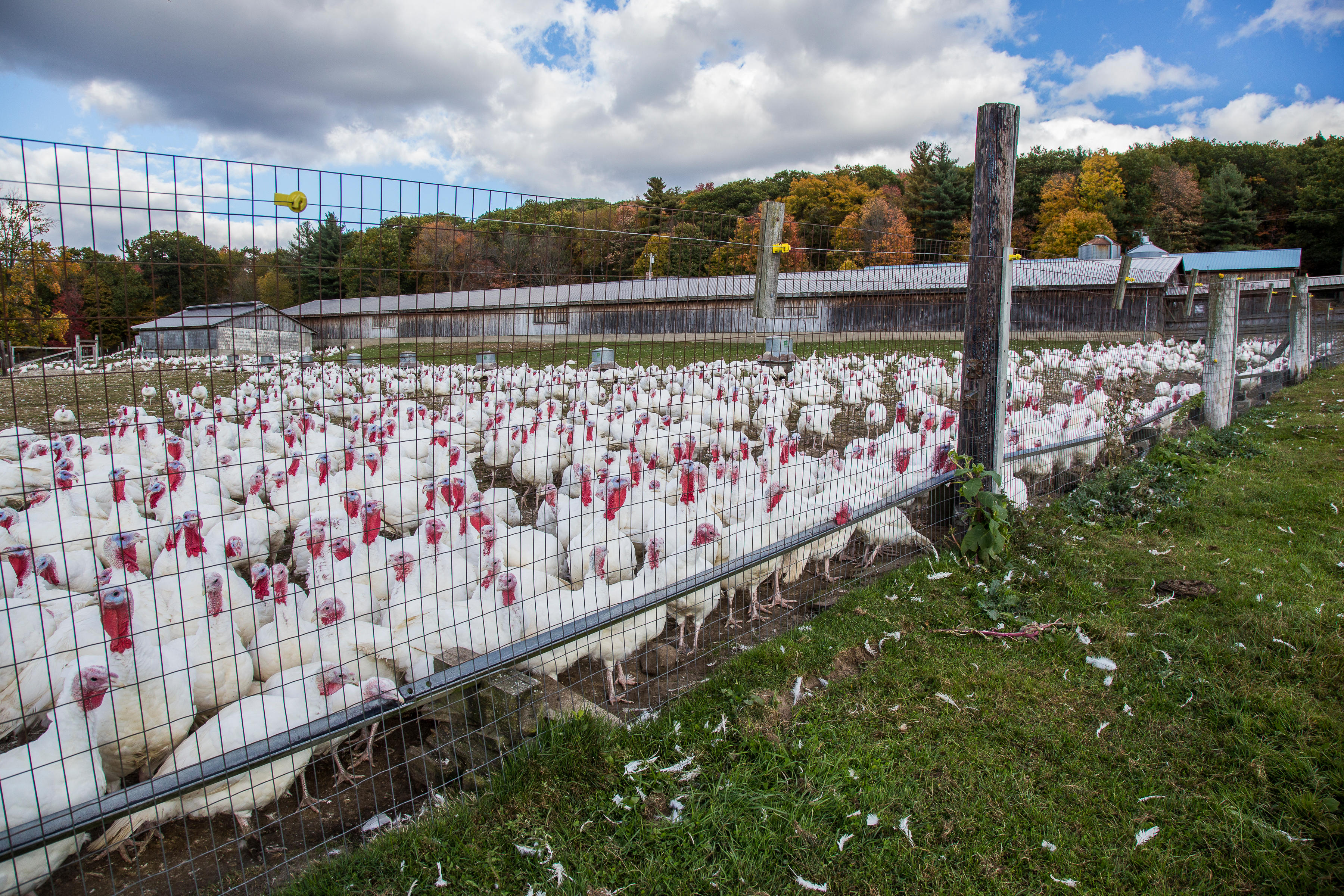 A farmer has told how dozens of animal activists broke into his turkey farm and accused him of being a bird killer.

Farm owner Mark Tschetter was quick to refute the activist’s claims and offered to show the protesters around and talk so they could see the conditions for themselves.

But they refused and instead tried to stop traffic coming in and out of the Jumbo Valley Hutterite turkey farm near Fort MacLeod in Western Canada.

He pointed out that all of the 30,000 turkeys at the farm were free range, had plenty of space, and that farm staff were committed to seeing the birds were always well cared for.

“Our boys get up early and come to do work here.

“We don’t butcher these turkeys.

“It’s safe and we work with the turkey board.

“As far as crowding goes, and we do everything in a very humane way.

“We tried to deal with them in a very nice manner because it was very agitating.

“What kind of people these are, it really is mind-boggling.”

Mr Tschetter added that he tried to engage with the protest and resolve things peacefully, but eventually had to call the local Royal Canadian Mountain Police (RCMP):

Around 30 activists forced their way into the spread Another 30 activists stood outside the farm, holding signs and chanting abusive slogans.

Protester Ryan Park claimed that birds at the farm were being mistreated, forced to live in cramped barns with poor air quality. He said: “We’re out here to expose the injustices that happen to these animals behind closed doors.

“We want transparency in the way that our food is made.

“I believe that if people knew what goes on behind these doors, they wouldn’t want to consume these products.”

The aggressive protesters told police that they wouldn’t leave the farm unless their three conditions were met: that some of the turkeys be released to a sanctuary; that the media be allowed into the barns; and that none of the protesters who broke into the farm should be arrested.

In an effort to placate the protesters and prevent any violence, Mr Tschetter agreed to their demands, but the RCMP said they would continue their investigation, and wouldn’t rule out charging the activists with breaking and entering.