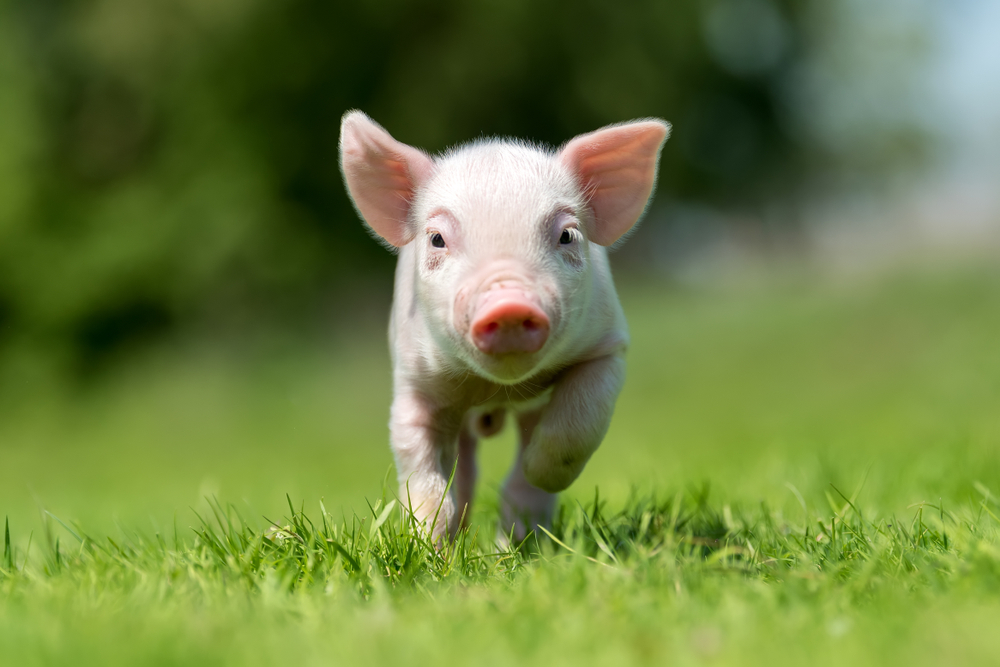 AN activist who stole a piglet and played it an Elvis hit to keep it calm has been convicted of theft. Investment broker Wesley Omar, 23, also lost his job when his bosses heard of his actions.

A court heard he played I Just Can’t Help Believing on the car radio to the pig called Wilbur as he made his getaway. Omar shared a video of the theft on social media but it lead to him being arrested.

The pig, which was three months old when he was taken now lives in an animal sanctuary.

Omar pleaded guilty to theft of the pig from Belmont Farm, in Pickwell, Leicestershire, UK, which is near to the pork pie capital Melton Mowbray.

He was given a 12-month community order with 100 hours of unpaid work at Leicester Crown Court.

Outside court Omar, said: “The pig I took was grunting a bit in the car and needed calming down, so I put the radio on and it seemed to work. I wasn’t planning to steal him, it just happened at the last minute and I took the nearest pig – I couldn’t take them all. I know I broke the law, which was wrong, but at least I saved a life. I rang someone I knew at a sanctuary and took the pig straight there – I didn’t take it home, my mother would have had a fit.”

Judge Nicholas Dean QC, who was shown footage of the incident, said: “I accept you were doing it for a cause you believe in, but to act unlawfully for a cause is a criminal offence. You may feel you achieved something by the video being aired in this court and the publicity.”

The judge said Omar was entitled to express his beliefs but not through criminal activity, which interfered with the rights of the farmer, who had incurred loss through a £6,000 security upgrade.

In the video he claimed the pigs were kept in filthy and cramped conditions with “nothing to burrow in” and just “a little chain to play with”.

Omar apologizes to the pigs for their plight and describes them as “intelligent” and “innocent” before taking one across fields to his car.

James Armstrong-Holmes, defending, said: “His intentions were somewhat humane. The pig is at a sanctuary and will live its life fully. It can’t be taken back as there’s a potential risk of contamination.”

He said Omar now plans to study psychology at the University of Derby.