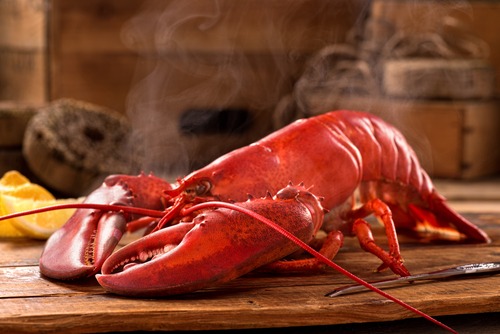 A chef at a top London Mayfair restaurant has hit back at plans to ban boiling lobsters alive.

He also said all shellfish is cooked alive for taste and food safety reasons, suggesting a ban posed health risks.

Mr Simms, who works at the restaurant owned by celebrity chef Richard Corrigan, said: “Where do we draw the line? “The whole thing about shellfish is it has to be alive when you cook it.

“When it’s dead you’ve got no idea how long it’s been dead for and toxins grow, it’s not fresh.

“Crab, langoustines, oysters and scallops are all alive until you cook them, so why is he concerned about lobsters and nothing else? When does it stop?”

Animal rights groups including the RSPCA have campaigned for preparation of shellfish to be regulated, arguing that boiling it causes pain.

But Mr. Simms said that it is “dangerous” not to cook shellfish alive.

He added: “You have to cook shellfish alive – it deteriorates so quickly that it is dangerous not to. Some chefs do stick a knife through the head of a lobster before they put them in boiling water – but who is to say that is more humane?

“No one will cook a dead lobster – no reputable chef will.”

A spokesperson for the Department for Environment, Food and Rural Affairs in the UK said: “This is an issue the Government is considering.

“We are committed to the very highest standards of animal welfare and are taking strong action in this area, including raising maximum sentences for animal cruelty to five years and making CCTV mandatory in slaughterhouses.

“As the Prime Minister has set out, we will make the United Kingdom a world leader in the care and protection of animals as we leave the EU.”

0 comments on “Lobster Row Boils Over”