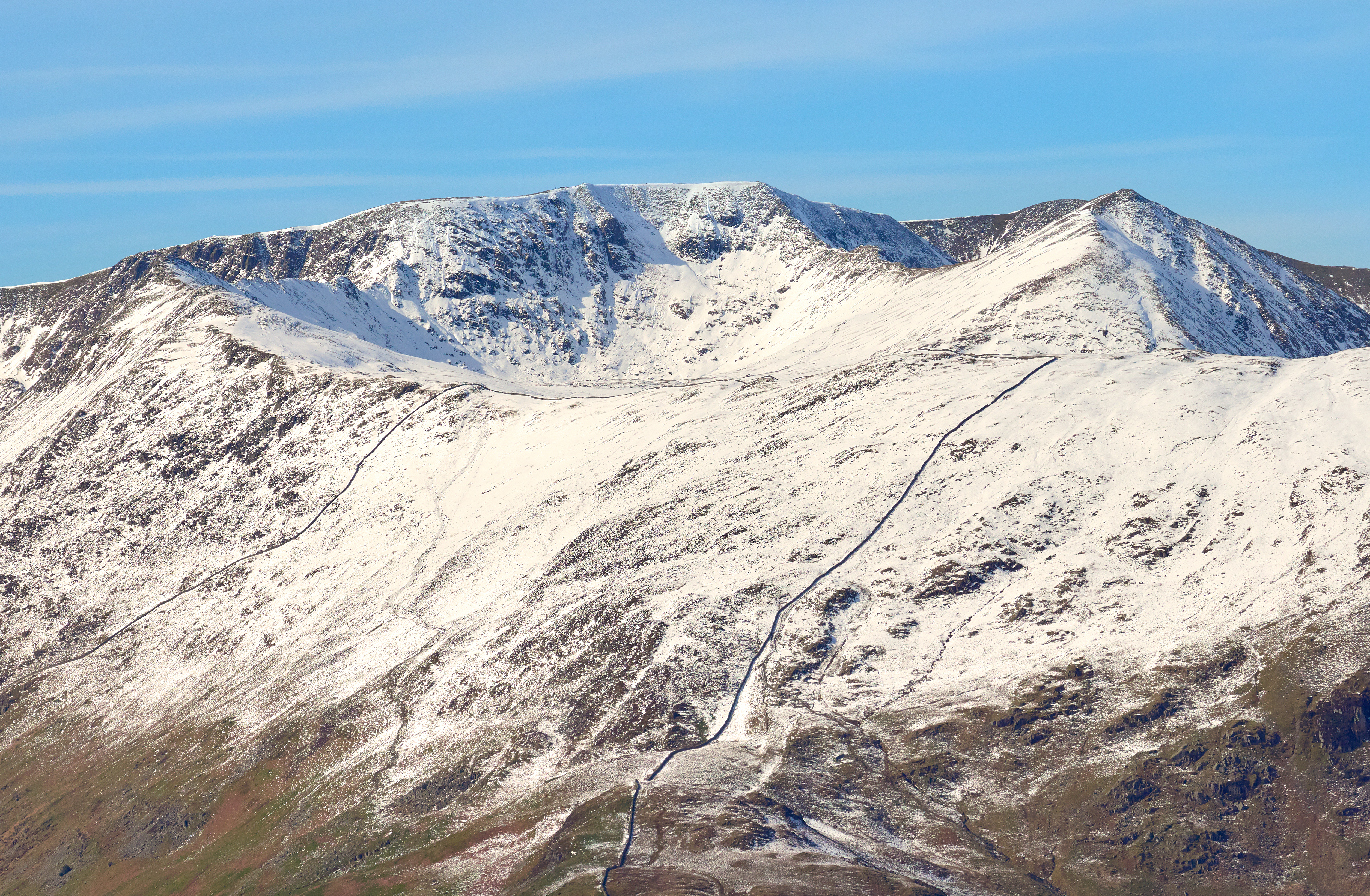 It is a shaggy dog story to warm the cockles of everyone’s heart.

The two dogs had been lost for two days when Scott, 37, went to the rescue after reading about their plight on Facebook.

He was helped over the top of the snowy ledge, dangling thousands of feet up the mountain to bring the two pets to safety.

The dogs were then reunited with grateful owner Colette Kilroy, 27, of Liverpool, UK, who had been out walking with them when they got lost in a ‘white out’ in the Lake District.

Coach builder Scott had spotted the appeal to find the missing dogs before he set off from his home in Horwich, Lancashire.

He found the dogs by chance as fog lifted giving him a clear view of them trapped on a ledge beneath the peak.

He called mountain rescue but swung into action helped by strangers who were out walking.

He dropped over the edge on a rope to reach the two lost pets.

Scott, who has mountaineering experience in Russia and Nepal, said: “I had a 20-metre rope just in case I found them in the valleys, and needed to use it as a lead to bring them back.

“But I wasn’t expecting to do a rescue mission with the rope from underneath a cornice.

“The bigger dog was shielding the smaller dog from the elements, it was amazing to see that – we got the smaller one first. It had icicles all over its fur.

“The little dog was cold but a little bit of loving and rubbing helped him come back to life, he was bouncing everywhere. Saving him was the best feeling.”

Owner Colette Kilroy told Scott: “I cannot put into words how thankful I am and appreciative of your help.

“You are a hero in my eyes, and my dog’s’ Guardian Angel.  I will never be able to thank you enough for helping my babies.”