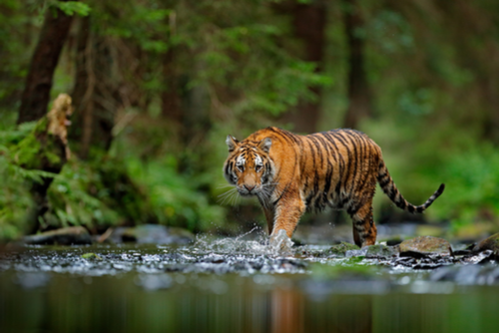 An appeal to prevent forest rangers from executing a tiger believed to have killed as many as 13 people has failed. India’s supreme court said it would not prevent the animal being shot if attempts to sedate it are unsuccessful.

The spate of deaths over the last two years has caused panic in Pandharkawada, a town in central India where bodies have been found missing limbs and covered in horrific wounds.

Officials say the female tiger has killed at least five people, while local reports put the number as high as 13.

Animal rights activists have claimed the tigress is not behind all of the deaths and want her tranquillized and relocated to a less populated area.

Forest officials have said they would first try to tranquillize and capture the tigress, known as T1.

But forest official Pradip Rahurkar Rahurkar said: “If this is unsuccessful, the animal will have to be shot in order to avoid further loss of human life.”

Local politicians are under pressure to have the tiger shot dead.

India’s efforts to conserve its tiger population have seen an increase in numbers of the animals from 1,411 in 2006 to an estimated 2,500.

India is now home to 60 percent of the world’s tigers.

However, the country’s booming population and mushrooming towns and cities have seen forests shrink meaning tigers are increasingly coming into contact with people.

Officials have tried to capture T1 on four previous attempts, but each time she has escaped.