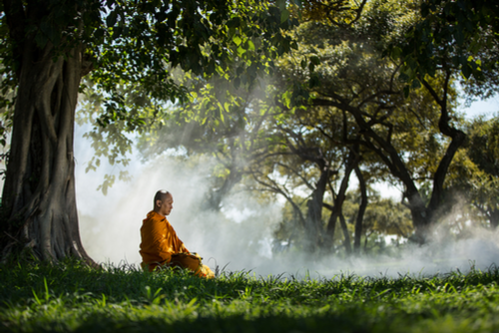 A Buddhist monk who ignored warnings about wild animals has been killed by a leopard while meditating inside a big cat reserve in western India.

Rahul Walke, 35, had spent the past month under a tree in Ramdegi forest in Maharashtra state, and had been brought food by locals. His body was found days before he was due to leave.

Gajendra Narwane, of the Tadoba Andhari tiger reserve, said: “Forest officials had warned the monks about wild animals in the area.”

Attacks by big cats are not uncommon in India, most often where urbanization spreads into animal habitats.

India’s success in preserving its endangered species has come at a human cost. With stricter enforcement of wildlife regulation and tough action against poaching, the tiger population has grown from 1,411 in 2006 to about 2,500.

According to the environment ministry, 1,144 people were killed by animals across the country between 2014 and 2017 as jungles and grasslands continue to shrink.

0 comments on “Monk Killed by Leopard”