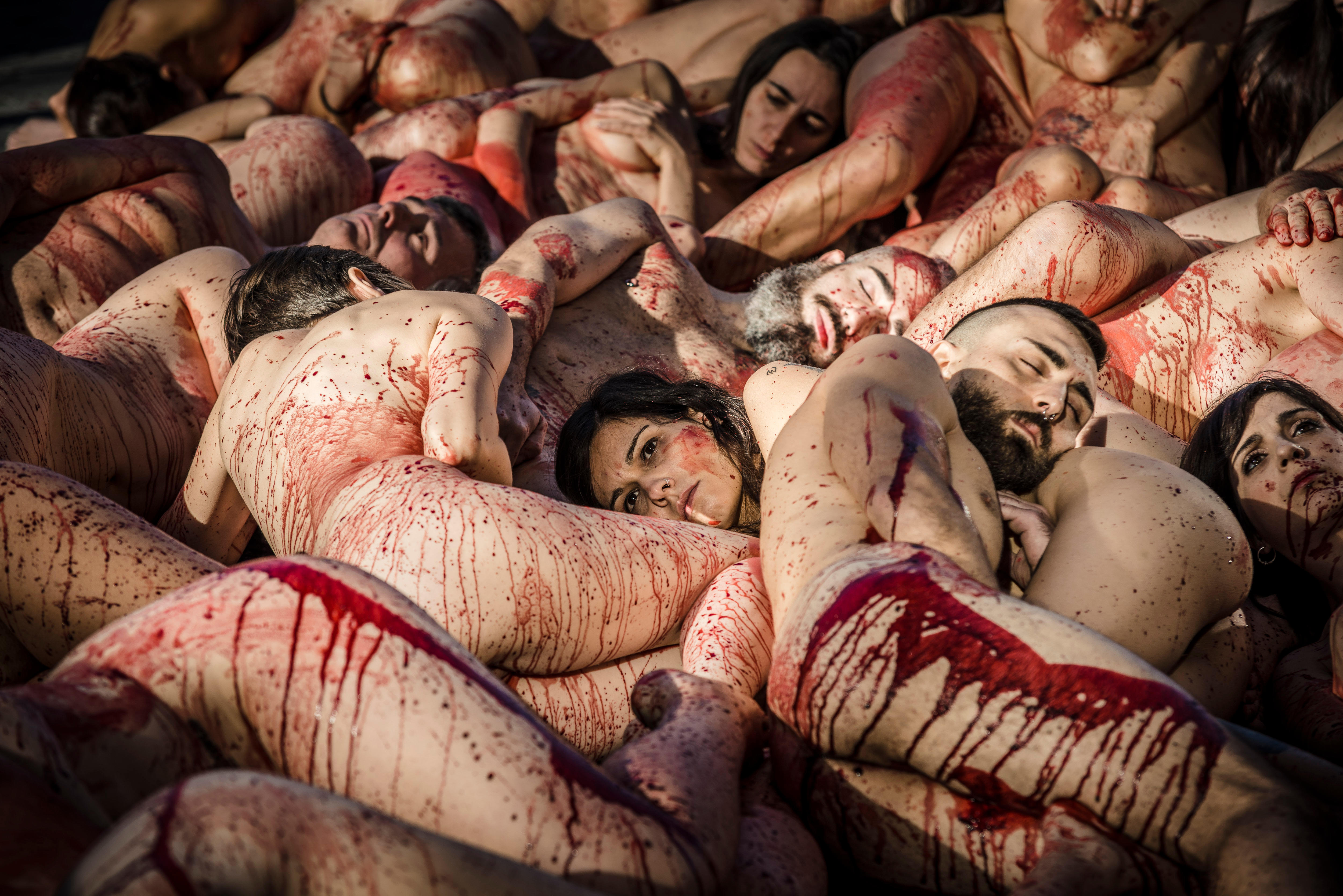 The nude demonstration took place near the Puerta del Sol square in the middle of Madrid, Spain, and was organised by AnimaNaturalis.

But the stunt caused fury with manny passers-by shouting at the protestors to cover their bodies.

One said: “Have you no shame?

“There are children here and you are scaring them.

“Think of them as well as the animals.”

Organiser Jaime Posada, who was stunned by the backlash, said: “Some people insulted us but everyone can have an opinion.”

It is not the first time activists in Spain have stripped off.