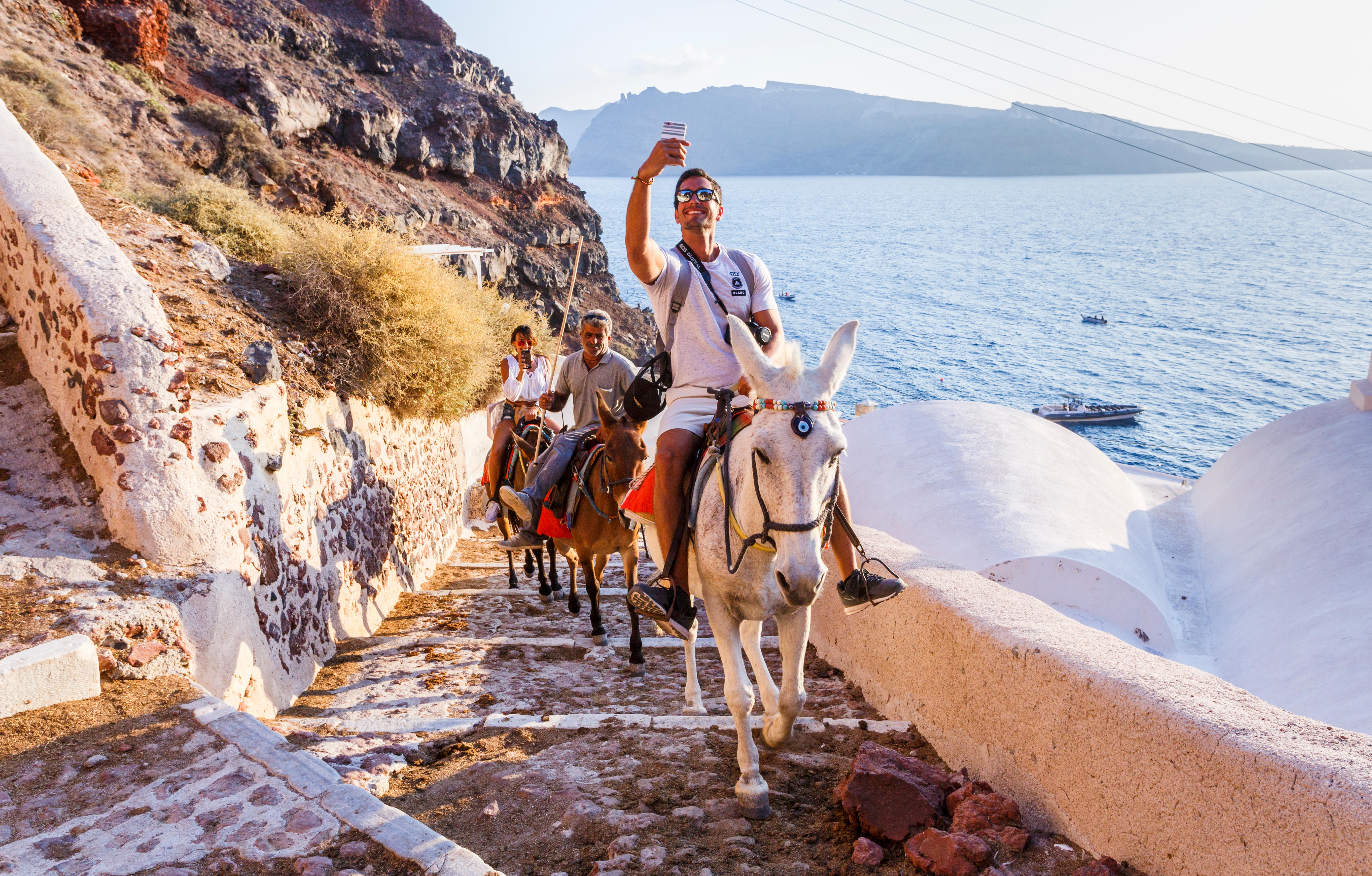 OVERWEIGHT tourists in Greece could be fined £25,000 following pressure from animal rights extremists.

The fines are part of a crackdown on alleged animal abuse  overweight tourists have been unfairly targeted.

But critics say the fines – which target a tradition which attracts many tourists to the Greek island of Santorini – are unenforceable.

The Greek government has introduced legislation that makes it illegal for the donkeys to carry anything or anyone weighing more than 15 stone 10 lbs.

They are now cracking down on the practise further following an open letter from Athens-born musician Tommy Lee.

Greek minister of Agriculture Makis Voridis said: “In the event of violations of existing legislation by the audit authorities, the offenders will be subject to severe penalties. “It is noted that the envisaged fine may be up to €30,000 (£25,000).”

A spokesman for Help the Santorini Donkeys charity claimed that animals should carry no more than 20 per cent of their own body weight.

He said: “The obese and overweight tourists, combined with the lack of shade and water as well as the sheer heat and 568 cobbled steps, is what is causing such a problem.

“There should be a weight restriction.”