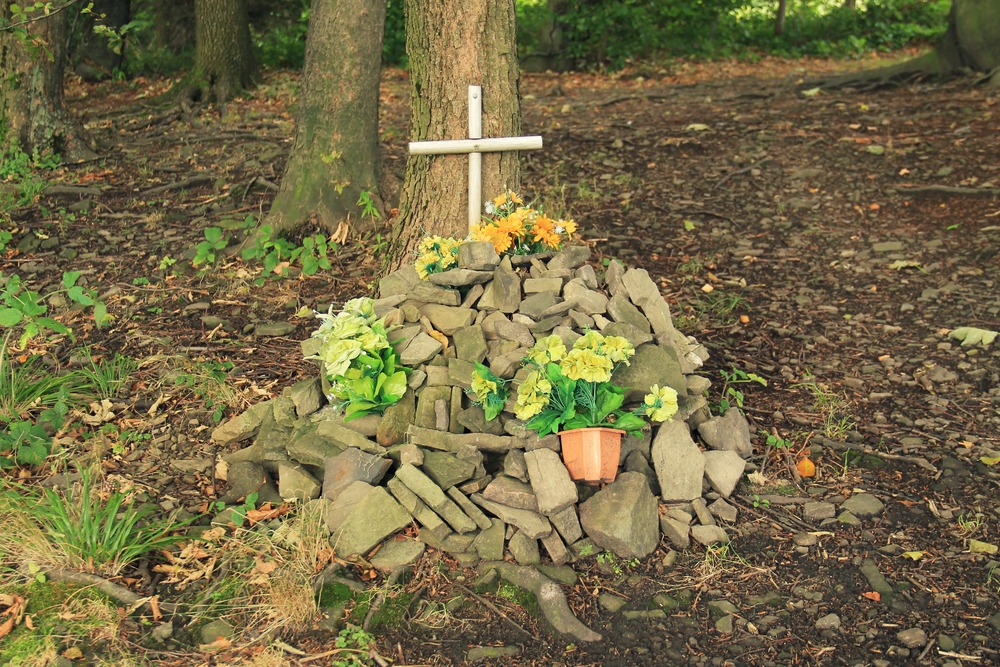 A grieving family’s tears turned to joy when their missing cat turned up alive and well – after they held a funeral for him!

Their 18-month-old cat Willow vanished after he went out at night during heavy storms.

Ten days later the Robinson family found what they thought were his remains on a roadside.

Believing they belonged to Willow Jonny and Caterina Robinson and their two sons Josh, seven and Buddy, four, held a memorial service in their garden in Hope under Dinmore, Herefordshire, UK.

They were convinced they had buried Willow because

the dead cat they found was roughly the same size and had the same markings, and because they found it next to their garden, they “put two and two together”.

But just two days later the family were stunned when Willow turned up in their garden with a broken leg and they realized they had accidentally buried another cat.

The family say they don’t know whose cat now lies in their garden, but said at least it was given a “nice burial.”

Caterina, 35, who runs a health care company with Jonny, 32, said: “Jonny was absolutely distraught when we lost Willow.  He was absolutely devastated. I hadn’t seen him cry for a long time.

“Josh said he was really, really upset – the kids had to have a day off school. Jonny went looking on the road and he found the lump of fur.

“The fact our cat hadn’t come home and the body of the cat was outside our house, you put two and two together.”

Caterina says after the memorial service they continued to pray Willow was alive, and Josh kept leaving food out just in case.

She said: “One day we noticed it had been eaten.

“Jonny went outside to the coal shed and came running back inside holding Willow.

“It’s amazing but we obviously have someone else’s cat buried in our garden. We can at least say that they had a nice burial.”

Willow, who had mysteriously suffered a broken leg, was taken straight to the vet, and is now recovering at home.