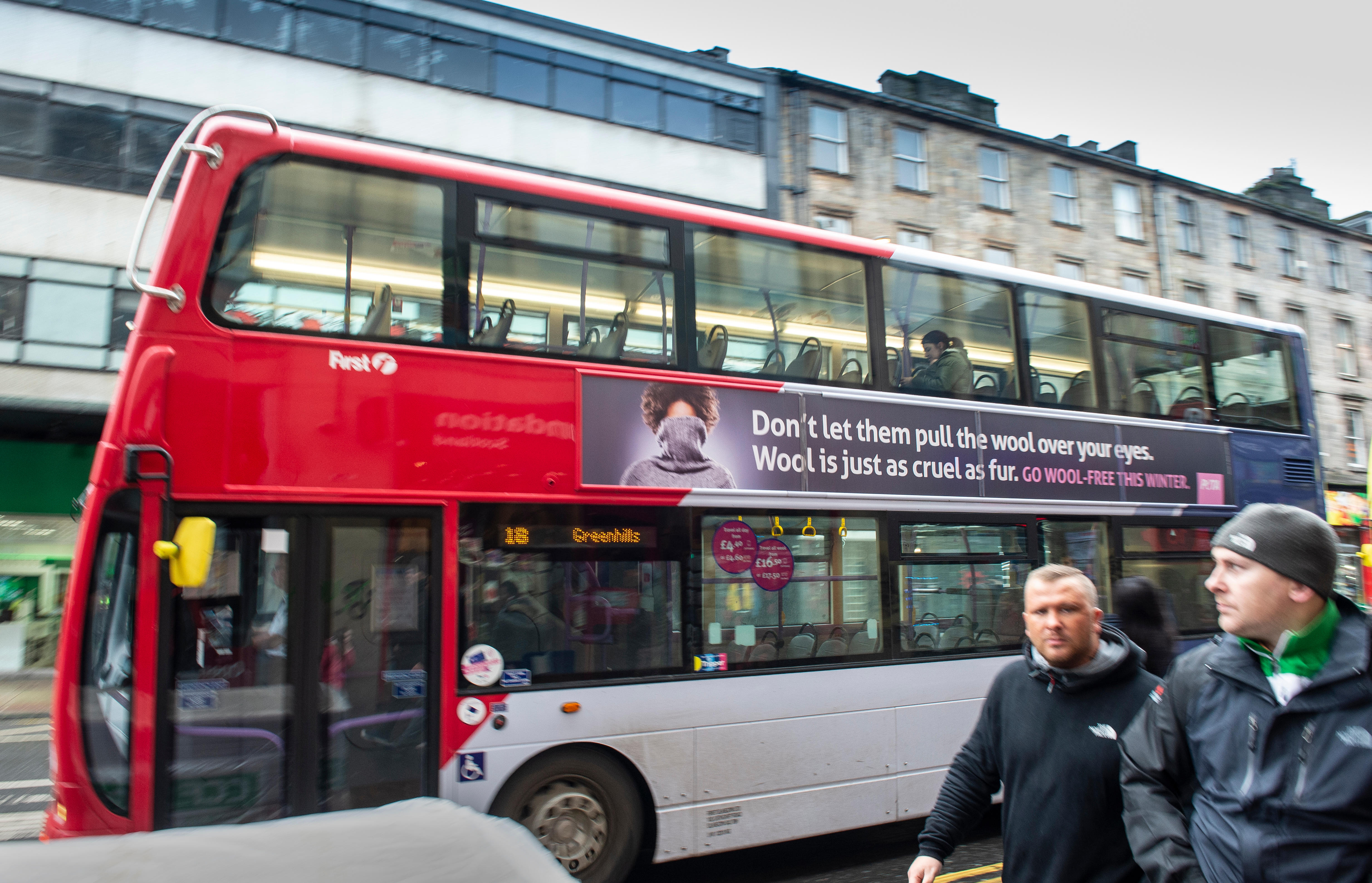 A misleading advert by animal rights extremists PETA has been banned for claiming that “wool is just as cruel as fur”.

The bogus ad which was plastered on the side of buses in the UK lead to angry complaints from the public who saw through it immediately.

It contained an image of a woman pulling a jumper over her face and read: “Don’t let them pull the wool over your eyes. “Wool is just as cruel as fur. Go wool-free this winter”.

But the Advertising Standards Authority (ASA) ruled it was PETA who was guilty of pulling the wool over people’s eyes. It ruled the claim is simply false and misleading and it has banned PETA from running ads making the claim in future.

The decision was welcomed by the fur trade as well as the wool industry who both said wool and fur are the most ecological and sustainable fibres particularly when compared to plastic and synthetics used in ‘throwaway fashion’.

Mark Oaten, CEO of the International Fur Federation, said: “PETA is an extremist organisation which is rapidly alienating a large part of the population by excluding freedom of choice and advocating the ban on animal products of any description.

“They are strangely out of step with mainstream opinion which is now strongly inclined to using natural, sustainable products and ditching the plastic, harmful alternatives which are damaging the planet.

“They have suddenly found themselves on the wrong side of the environmental debate.

“Our evidence shows their revenue stream has declined rapidly to the tune of $30 million over the last three years as a result.”

And Nicholas Coleridge, chairman of the Prince of Wales’ Campaign for Wool, added: “Wool should never be banned.

“Their position opposing the use of wool is absurd and way out of date.

“Wool is the most ecological and sustainable of fibres and the perfect alternative to plastic and synthetics.

“PETA is ten years behind the times on this issue and backing the wrong argument.”

But PETA still refused to back down after the defeat.

Spokeswoman Elisa Allen said: “We will continue to urge decent people to steer clear of wool, and we have plans to run a modified version of the ad in numerous cities this winter.”

PETA had earlier claimed a victory for its controversial claims when the Boohoo online fashion chain said it would stop using wool in response to cruelty claims.

The campaign even included the bizarre demand that the Dorset village of Wool should change its name.

The Eyes Have It

0 comments on “Peta is pulling the wool over your eyes, says watchdog”