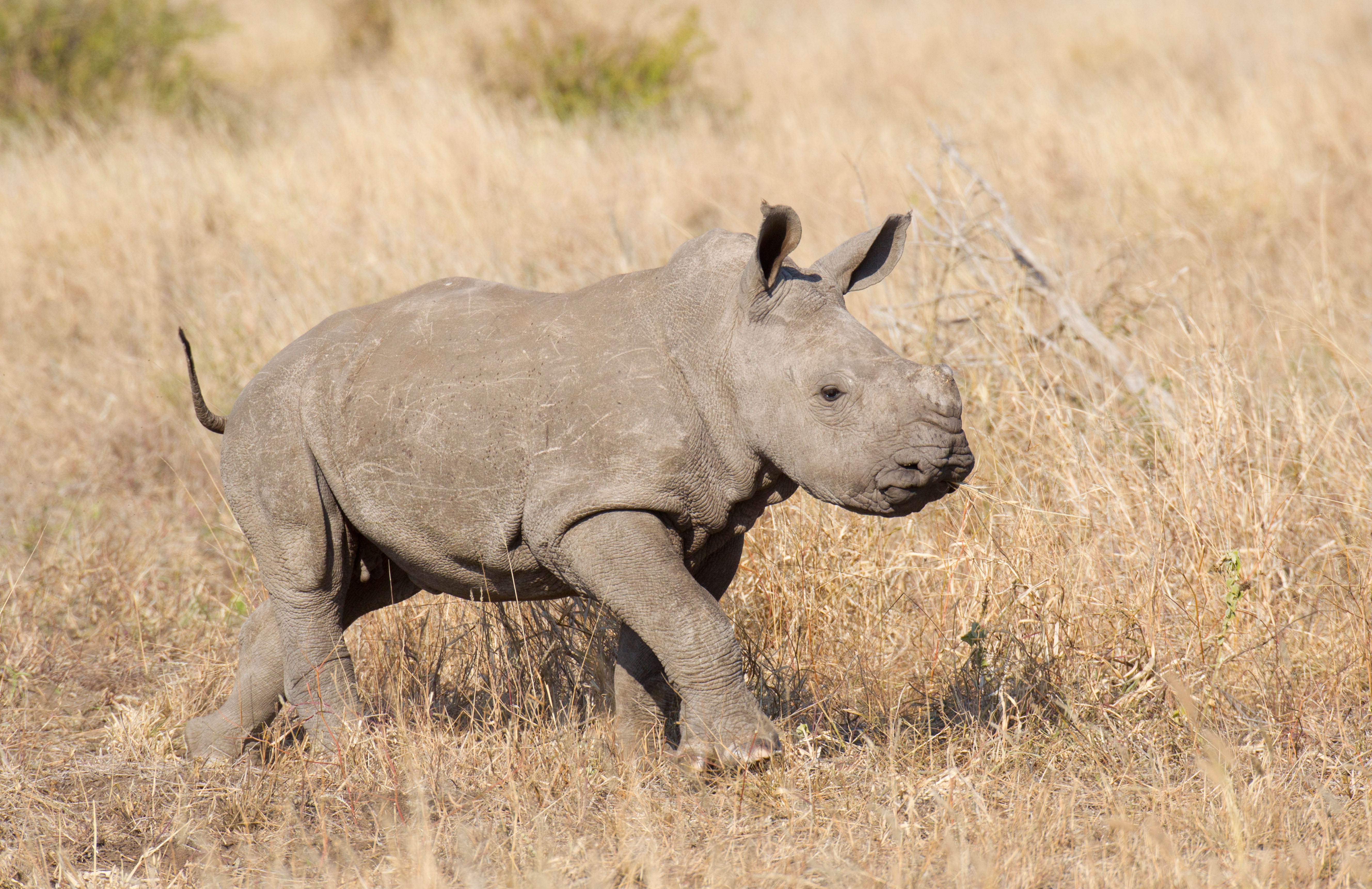 A sniffer dog has been trained to find baby rhinos left orphaned by poachers.

Two-year-old bloodhound Ruby  spent months training in her native Texas before being flown to the Kruger National Park in South Africa where she will track distressed baby rhinos.

left to wander through the bush for days and gradually becoming more confused and dehydrated and increasingly vulnerable to predators.

Ruby will complete the final stages of her training at the Southern African Wildlife College in South Africa.

The Kruger and its neighbouring nature reserves have long used tracker dogs to track poachers, but this is the first time a dog has been used to find  orphaned animals.

Ruby’s handlers have been keeping her on her lead while she acclimatises to flying in helicopters to the scene of poaching attacks, and gets used to the sights and smells she’ll find around freshly poached rhino carcasses.

“Not unlike the rhino orphans she will be tracking, Ruby is a sensitive soul.

“She is super bright and has a very curious nature.

“When she discovers anything new, or if anything puzzles her, she gets a serious frown on her forehead.

“She is building more and more confidence in the bush and is showing a great deal of potential in terms of what we require from her as a service dog.”

Theresa Sowry, the Chief Executive of the Southern African Wildlife College, added: “Finding them quickly so we can get them into a rhino orphanage is a priority.”

Their horns are smuggled to Asia where they’re used as part of medicines, despite the overwhelming scientific evidence that rhino horns have absolutely no health benefits for humans. There are 20,000 white rhinos, and just 5000 critically endangered black rhinos remaining in the wild in Africa.

Some 80 per cent of the world’s remaining rhinos live in South Africa.

The Baby Rhino and the Black Cat